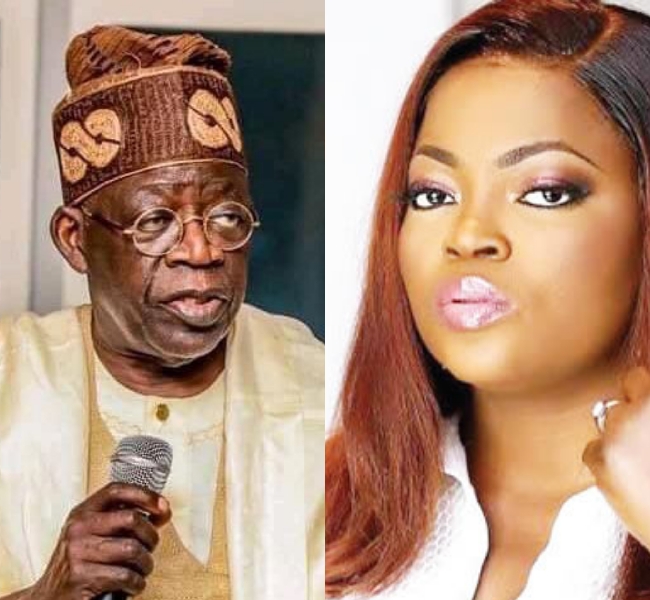 Tinubu, who spoke at a rally in Lagos on Wednesday, told his supporters that it was insulting to mention the name of Funke Akindele, a star actress and PDP’s Lagos gubernatorial running mate, in his presence.

The former Lagos State governor had declared support for the re-election of incumbent governor in the state, Babajide Sanwo-Olu.

His supporters at the rally had sung a campaign song, describing Akindele as a political ‘ant’, who was not on a par with Sanwo-Olu.

They said: “Who is Funke Akindele before Sanwo-Olu of Lagos? She is an ant.”

“Don’t even bother to mention her name in my presence. It is an insult. It is disrespectful”, Tinubu replied.

Sanwo-Olu and Jandor would in 2023 be in the ring to determine who wins the governorship seat of the commercial nerve of the country.

2023: Makinde, Oyo PDP leaders at loggerheads over support for Atiku