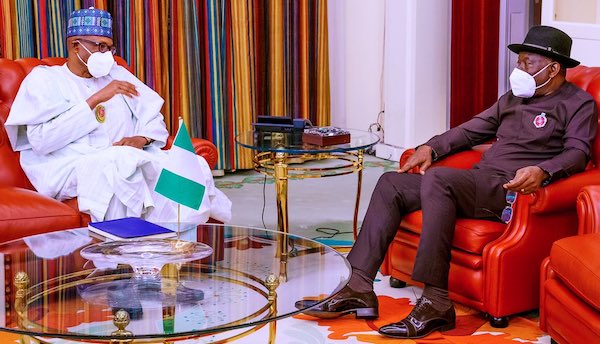 President Adama Barrow is seeking re-election amid political tension and uncertainties in the country.

Barrow had on December 3 held bilateral talks with Buhari at the Presidential Villa, Abuja.

However on Tuesday, Jonathan told journalists he briefed President Buhari on the outcome of his mission to the Gambian capital Banjul.

The ex-president, who is the ECOWAS Envoy to Mali, said his mission was to find amicable solutions to the political problem in The Gambia.

Jonathan said he had successfully completed the first part of the assignment while the final phase of his mission to the tiny West African country would take place in January.

Some opposition groups in Banjul had last week asked The Gambian president to honour his promise of a single term tenure.