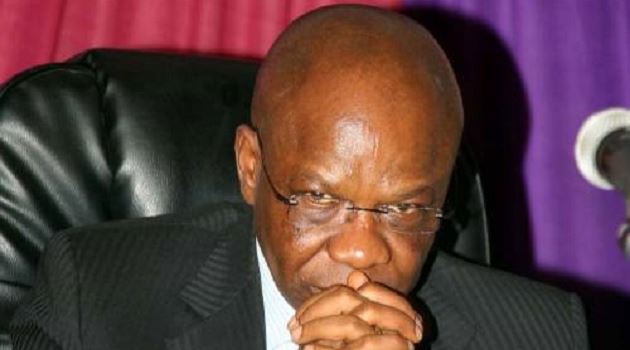 Professor Maurice Iwu’s plea for his alleged N1.23 billion fraud trial to be transferred from Lagos to Abuja has failed.

Iwu, a former chairman of the Independent National Electoral Commission (INEC), is being prosecuted by the Economic and Financial Crimes Commission (EFCC) over alleged fraud.

He had prayed the court in Lagos to transfer the case to Abuja, where he lives, on the grounds of his old age.

But the trial judge, Justice Nicholas Oweibo of the Federal High Court in Lagos, ruling on the matter on Friday, dismissed Iwu’s application.

Justice Oweibo described the application as lacking in merit.

He said that a look at the list of witnesses submitted by the EFCC indicates that most of the witnesses to testify in the matter were in Lagos, with some retired, hence “justice will be better served for the trial to proceed in Lagos”.

The EFCC is prosecuiting Iwu on four counts of money laundering and fraud.

But Iwu had through his counsel, Ahmed Raji (SAN), begged for a transfer of the matter from Lagos to Abuja.

The last time the court sat on the matter, Raji had told Justice Oweibo that his client at the age of 70 years, was too old to be coming from Abuja to the Federal High Court in Lagos to stand trial.

He also told the court that the alleges offence for which his client is being prosecuted, happened in Abuja and not Lagos.

But the court on Friday, declined the application and adjourned till April 28 for trial.