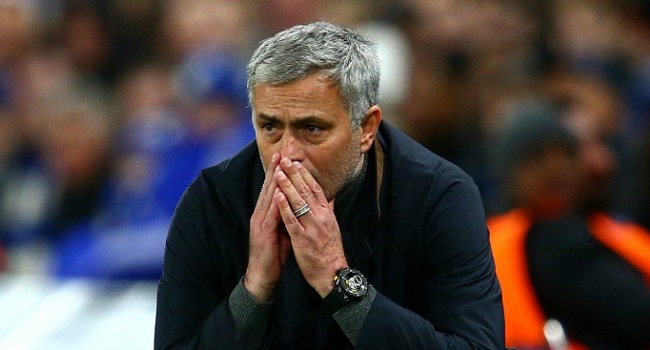 Three days after his team lost 3-1 to bitter rivals Liverpool in a one-sided derby, Manchester United has announced the sack of much maligned coach Jose Mourinho.

The coach, who leaves after two and a half years at the helm, was sacked following Manchester United’s disappointing start to the season, with the Red Devils winning just two of their last eight matches in all competitions, 19 points behind leaders Liverpool and 11 off fourth-placed Chelsea.

Mourinho’s sack was announced in a statement by Manchester United moments after he was shown the door with the club revealing that a new caretaker manager will be appointed until the end of the current season.

“The club would like to thank Jose for his work during his time at Manchester United and to wish him success in the future.

“A new caretaker manager will be appointed until the end of the current season, while the club conducts a thorough recruitment process for a new, full-time manager.”

The Portuguese coach who won the Europa League, the League Cup and Community Shield has now been replaced by Michael Carrick who has been appointed as acting-interim-manager.