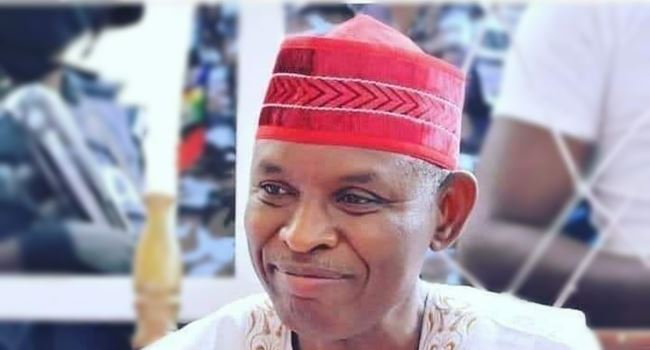 Supporters of the Peoples Democratic Party (PDP) Kano State have been urged to accept the Supreme Court verdict affirming the re-election of Gov. Abdullahi Ganduje in good faith.

The appeal was made in a statement issued on Monday by Malam Mohammed Garba, Kano State Commissioner for Information and Culture.

Garba in the statement called on the party supporters to remain calm and maintain peace in the state stressing further that Ganduje’s victory at the Supreme Court is the will of God.

“We are most grateful to Almighty God for the victory. This is not a victory for Ganduje alone.

“It is a victory for the good people of Kano state, therefore let us join hands together to move the state forward as we have been doing,” Garba said.

The commissioner also appealed to the All Progressives Congress (APC) supporters to also remain calm and celebrate the victory peacefully.

The Supreme Court had earlier confirmed Governor Ganduje as the duly elected governor of Kano State in the 2019 general election.

The APC governor’s election victory was confirmed by the apex court on Monday.

The panel sacked the appeal by the Peoples Democratic Party (PDP) governorship candidate, Abba Yusuf challenging the victory of the March 2019 election.