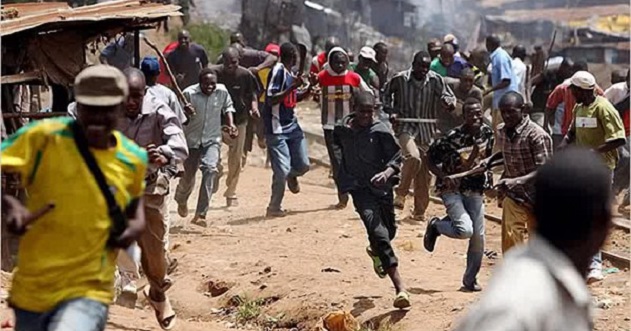 The indigenous people of Jos North, Jos South, Riyom and Barkin Ladi Local Government areas of Plateau State, have cried out to the international community to come to their aid before they are wiped out of existence.

According to the ethnic nationality, no fewer than 300 persons were killed in the area in the last three and half months by rampaging herdsmen.

Speaking on the platform of Berom Ethnic Nationality, they called for the intervention of the international community to put an end to the incessant attacks in their communities.

The 300 deaths were said to have occurred in Riyom and Barkin-Ladi Local Government Areas betteen June and September, 2018.

In a statement signed in Jos by the General Secretary of Berom Educational and Cultural Organisation, BECO, Da Davou Choji; President of Berom Women Development Association, BEWDA, Ngo Florence Jambol, and President of Berom Youth Moulders Association, BYM Choji Chuwang, the Berom nation insisted that they have lost confidence in the ability of the Nigerian government to protect them in the face of continuous killings, harassment and confiscation of their ancestral lands by rampaging herders.

They called on the international community for urgent intervention before they are wiped out.

The statement reads in part: “The Berom Nation has lost confidence in the ability of government to defend the rights of its citizens in the communities under attack by herdsmen.

“So far, between June and September, more than 300 lives have been lost, 38,000 others displaced and property worth millions of naira destroyed with no tangible remedial action or programme in place by government at all level.

“The call has become necessary given the failure of Federal Government, security agencies and the state government to uphold the basic tenets of justice.”

Continuing, the statement said it was curious that the then Commander of Operation Safe Haven, Major General Anthony Atolagbe, was suddenly transferred under “very suspicious circumstances, having arrested 11 suspected killer herdsmen in connection with the massacre of June 24, where over 230 innocent lives were wasted.

“The lack of prosecution of arrested attackers is injustice as well as a high level of collaboration against the Berom and indeed, other victims by yet to be identified powers from above.”

They therefore called for “the reconstruction of destroyed villages, relief materials to IDPs camps and the guarantee of security in the affected areas, more so that the attacks have remained unabated and determined to penetrate the Jos city centre and environs.”