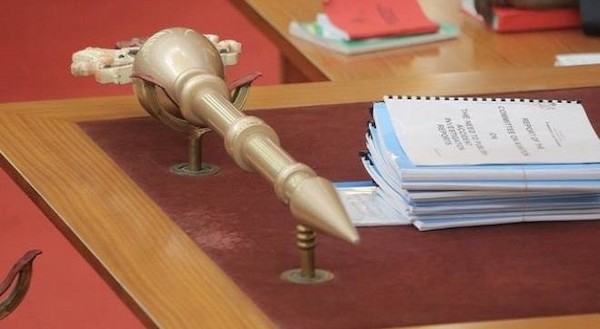 A member of the Sokoto State House of Assembly, Hon. Isa Harisu, is dead.

Harisu, who represented the Kebbe Constituency in the Assembly, collapsed during Monday’s plenary and was rushed to the Usman Danfodiyo University Teaching Hospital where he was confirmed dead by doctors.

His death was confirmed by the Deputy Speaker of the House, Abubakar Magaji, during plenary.

Magaji said the lawmaker died on his way to the hospital.

Harisu will be buried later on Monday in accordance with Muslim rites.

He was 55 and is survived by his aged mother, four wives and 22 children.

Meanwhile, the Assembly has suspended its plenary till Tuesday in honour of the departed lawmaker.

Related Topics:Hon. Isa HarisuLawmakerSokoto State House of Assembly
Up Next

BOKO HARAM: Buhari’s govt to begin replacing military with police in the North East in 2020