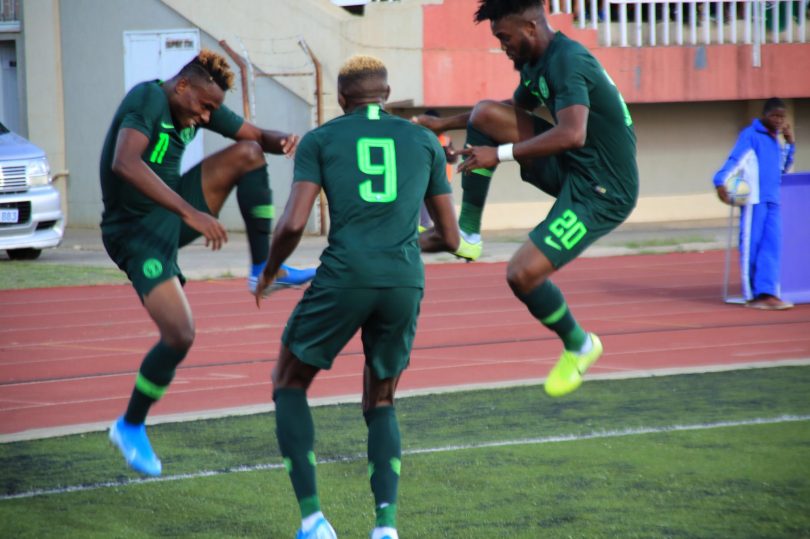 Victor Osimhen put up his best match performance so far for the Super Eagles in a 4-2 win over Lesotho in a 2021 Africa Cup of Nations (AFCON) qualifiers in Maseru on Sunday.

The Lille of France striker was involved in all four goals for Nigeria, scoring two and making two assists.

The Eagles have now bagged two victories on the road to Cameroon 2021, having defeated Benin Republic 2-1 in their first qualifying game in Uyo last Wednesday.

Nigeria are now on six points, sitting at the top of Group L.

The home fans were full of excitement after the 11th minute when Masoabi Nkoto put the hosts ahead.

The Eagles did not relent. And their efforts paid off as Alex Iwobi restored parity for Nigeria in the 26th minute after being set up by Osimhen.

Lesotho, however, scored another goal in stoppage time via a Chidozie Awaziem own goal.