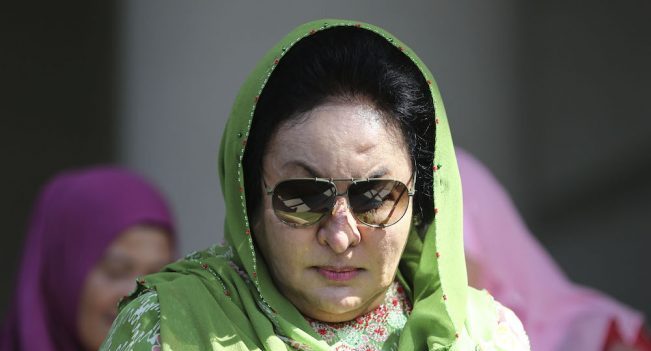 Malaysia’s former first lady, Rosmah Mansor, notorious for making overseas shopping trips and owning vast collections of handbags and jewelry has been dragged to court for corruption for the first time since her husband lost power.

Mansor was supposed to be arraigned in court on Monday but was delayed after she was admitted to a hospital complaining of neck pain. On Wednesday she arrived in a car followed by an ambulance and limped into the courtroom.

The former prime minister’s wife “occupied no official position; however, she wielded considerable influence by her own overbearing nature”, said prosecutor Gopal Sri Ram in his opening statement.

“She placed herself in a position where she was able to influence decisions in the public sector,” the prosecutor added.

The former leader and his wife’s lavish lifestyles came to symbolise the perceived rot in Malaysia’s ruling elite.

Her husband’s long-ruling coalition suffered a shock election defeat in 2018 in large part due to claims he and his officials plundered billions of dollars from sovereign wealth fund 1MDB.

Both Najib and his wife have since been hit with multiple charges over the looting of the investment vehicle, but Rosmah’s first trial centres on allegations she received bribes linked to a government project.

Prosecutors also allege she pocketed 6.5 million ringgit ($1.6 million) for helping a company secure the project to provide solar power generators to schools on the Malaysian part of Borneo Island.

Related Topics:corruptionMalaysiaRosmah Mansor
Up Next

Judge orders divorced wife not to marry until after 3 months