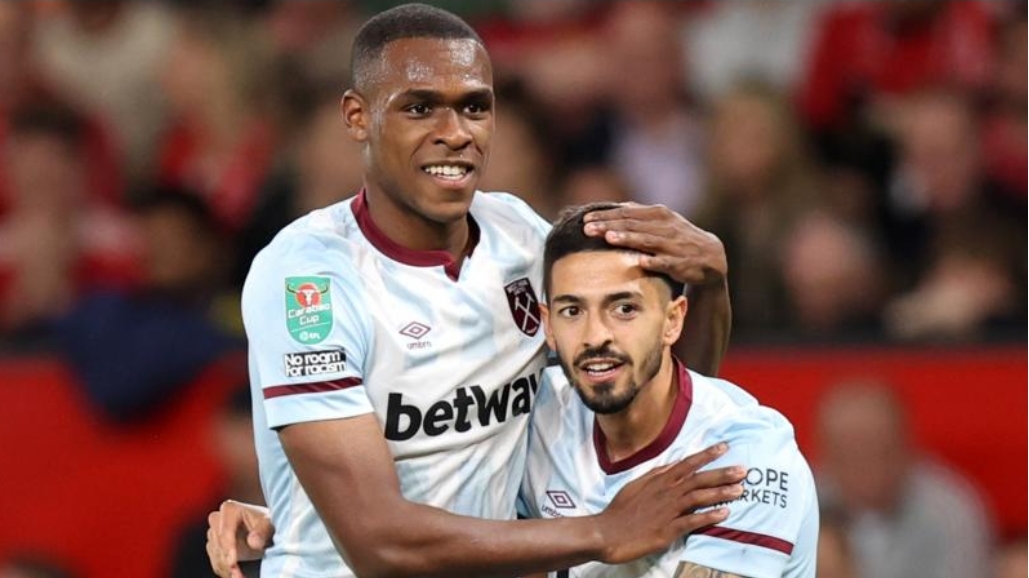 Manchester United have been knocked out of the Carabao Cup after losing their third round match against West Ham on Wednesday night.

The Red Devils, who had overcome the Hammers in the Premier League last Sunday, were beaten 1-0 in the Cup at Old Trafford.

For United and manager Ole Gunnar Solskjaer, it is an early end to their hopes of securing the first available silverware of the season.

It also ends their hopes of ending the wait for a trophy that stretches back to 2017.

At Stamford Bridge, Chelsea successfully advanced past Aston Villa 4-3 on penalties after playing a 2-2 draw at full time.

At the Emirates Stadium, Arsenal thrashed Wimbledon 3-0 to scale through to the round of 16.

Elsewhere, Super Eagles duo of Kelechi Iheanacho and Wilfred Ndidi were in action for Leicester City as they defeated Millwall 2-0 to advance.

Ademola Lookman pounced from eight yards out after Iheanacho’s 20-yard shot had been parried by keeper George Long, Leicester’s first shots on target.

Iheanacho then sealed the win as he ran on to a ball down the right wing, cut in and curled home.

Brighton also reached the last 16 after beating Swansea 2-0 while Tottenham Hotspur played a 2-2 draw with Wolves before going on to win 3-2 on penalties.

Related Topics:arsenalChelseaLeicester CityManchester United
Up Next