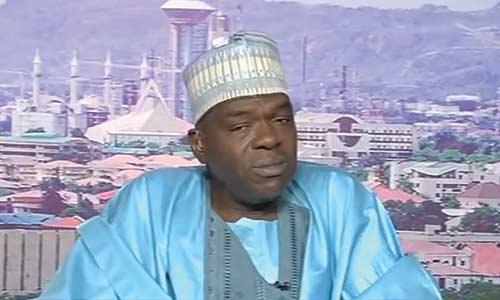 According to Leadership Newspaper, Ciroma said the reporter he spoke with on the issue misquoted him, claiming he never made the controversial statement.

He however maintained that the biggest challenge that needed to be resolved was cattle rustling.

“I did not issue a statement. No, we talked on phone. Sincerely speaking, what that boy wrote was not what I told him. We did not speak on reprisal attacks.

“What is happening in Plateau from 2001 is not good. I am a peace loving person. I am sure that if Birom people read what they wrote about me they won’t believe it. They don’t know me with that kind of habit. Since the coming of this government, the governor set up several committees on peace and if anything happens anywhere he is, he will return home.

Read also: KILLINGS: CAN cries out over fresh plot by suspected herdsmen, says 218 killed in Plateau

“The security men on ground have been doing their best. But Fulani and farmers must find a way of living peacefully because no one will separate them. Innocent lives are been killed.

“The biggest issue we have on ground is cattle rustling. In Fan district, over 300 cattle have been rustled. It has become a no go area and security agencies know about it. Among the Fulani and the Birom youths, there are enemies of peace. The herders and farmers have been fighting, which is not good. Our concern is peace.”