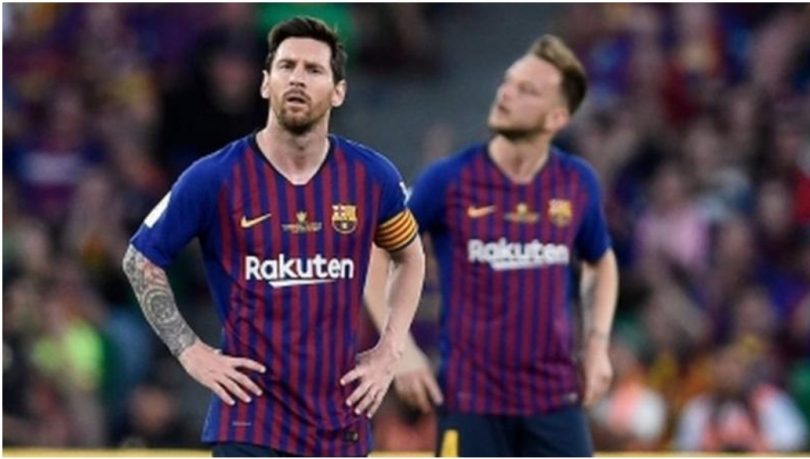 The defeat for Barcelona ended their dream of winning the double this season, having already won the La Liga weeks ago.

Barca trailed in the 21st minute when Kevin Gameiro opened the scoring for Valencia, before Rodrigo doubled the lead just about 12 minutes later.

Lionel Messi gave the La Liga champions some hope when he pulled a goal back in the 74th minute, but Valencia held on to finish strong.

There were shouts of joy from Valencia fans inside Estadio Benito Villamarin after the final whistle as the players celebrated.

Valencia are winning the Copa del Rey title for the first time since 2008.