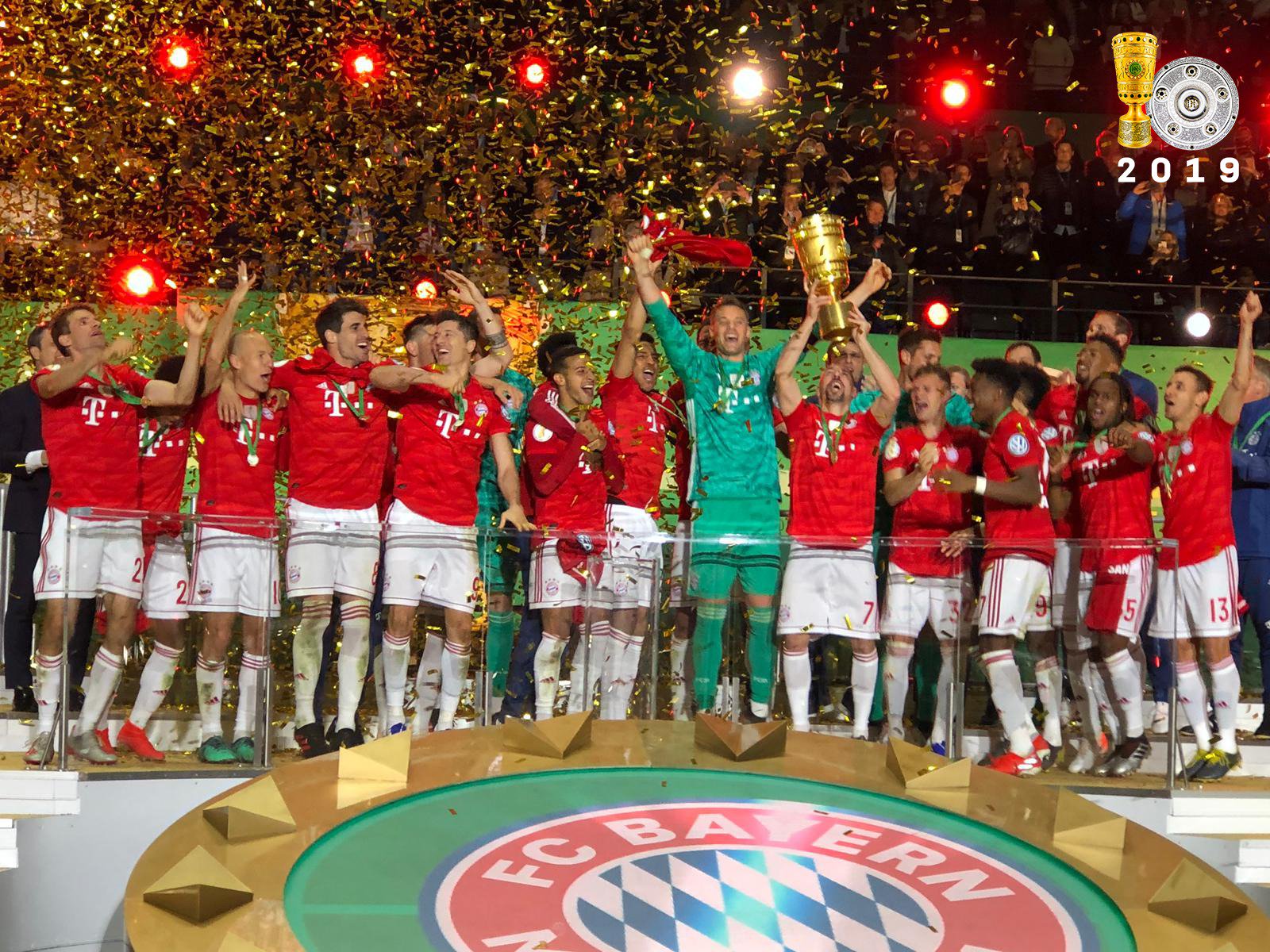 Robert Lewandowski scored twice for Bayern Munich as they thrashed RB Leipzig 3-0 in the German Cup final on Saturday.

Having already lifted the German topflight title last weekend, the champions made it their 12th domestic double with the victory.

Lewandowski’s superb header in the 29th minute helped the Bundesliga champions go ahead before Kingsley Coman fired home in the second half.

Lewandowski then added a late third with a deft chip over keeper Peter Gulacsi to seal the big win.

Bayern were crowned Bundesliga champions for the seventh successive season and 22nd title in history, while this is their 19th German Cup victory.

After the game, there was also a farewell outing for Franck Ribery who, like Arjen Robben, will leave Bayern this summer.