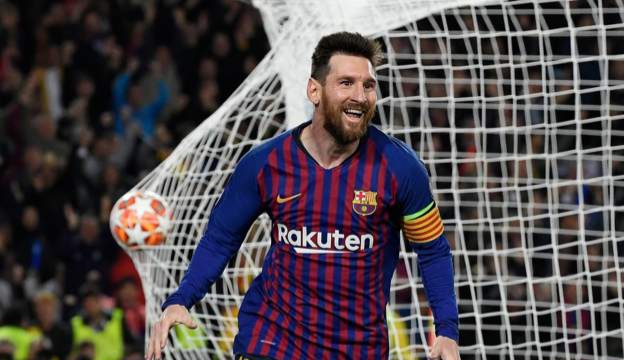 Lionel Messi bagged a brace to help Barcelona secure a 3-0 victory at home against Liverpool in a thrilling Champions League semifinal clash.

The Spanish champions battled against the Premier League side at Camp Nou, and got ahead why Luis Suarez opened the scoring in the 26th minute.

Messi doubled Barca’s lead in the 75th minute when he slotted in a rebound from a Suarez shot that hit the woodwork.

The Argentine wrapped up the pulsating victory when he scored a 25-yard freekick to score his 600th goal for Barcelona.

Liverpool are gunning for a spot in the final of the Champions League for the second time in a row.

They will have to produce one of their best displays of the season at Anfield to overturn the deficit when both sides meet again in the second leg next week.

The winner of the tie will face Ajax or Tottenham in the final at Madrid on June 1st.