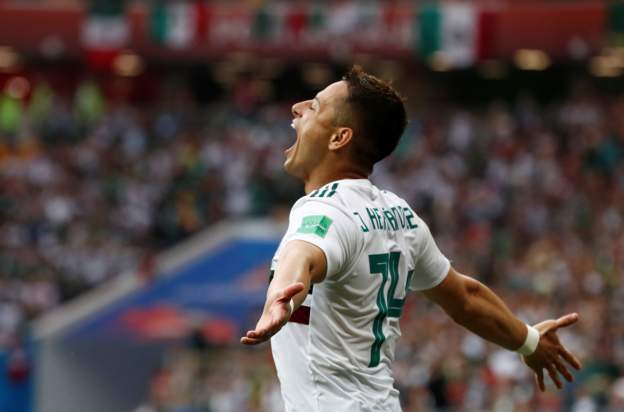 North American side Mexico are close to sealing their place in the knockout stage of the 2018 FIFA World Cup after beating South Korea 2-1 in Russia on Saturday.

A first-half converted penalty by Carlos Vela and a 66th-minute strike by Javier Hernández secured them the victory, as a late consolation from South Korea’s Son Heung-Min did not make a difference.

Having won their opening game against defending champions Germany, Mexico could confirm their spot on the last 16 if the result of the other group game turn out favourable.

Holders Germany will face Sweden in their second game of Group F later on Saturday.

If Germany win, Mexico will qualify for round of 16 and the race for the second slot of the group will be thrown wide open.

But if Sweden, who already have 3 points from victory on matchday 1, defeat Germany, they and Mexico will advance while the defending champions alongside South Korea will crash out of the tournament.