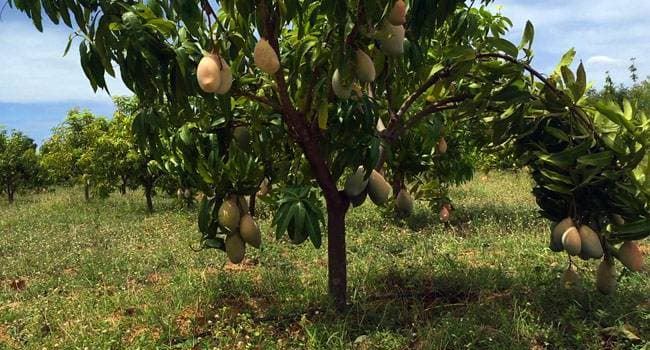 The decomposing body of a farm worker, Ismaila Mukaila, has been found on a tree by men of Ogun State police command.

The command revealed on Sunday that Ismaila, who was declared missing, was found dead in a sitting position on the tree.

Mukaila is suspected to have been murdered by his boss over allegation of stealing.

Mukaila’s family are calling on the police to carry out a thorough investigation into the alleged murder.

It was gathered that the boy was murdered on August 11 in a farm, along Adejunrin Road, Owode Egba area of Abeokuta in Ogun State and his body kept in a sitting position on a branch of a mango tree within the farm.

A member of the deceased’s family, who craved anonymity, alleged that the farm owner lured Isamaila to see him at the farm on August 11.

He further alleged that the boy did not return home and after a search was carried out, his decomposing body was found on August 15 on top of a mango tree in the farm.
It was learnt that the bicycle the boy rode to the farm before his mysterious death was also found at the entrance to the farm.

The Police Public Relations Office (PPRO) of the Ogun State police command, Abimbola Oyeyemi, confirmed the incident, saying the matter is being investigated. He admitted that some suspects had also been arrested in connection with the alleged murder.