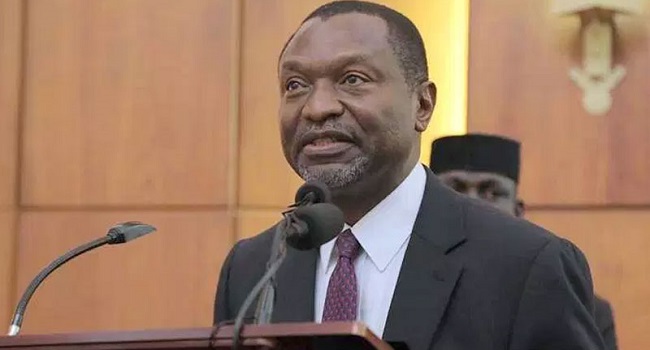 The Federal Government’s revenue target for the 2019 budget has again run into murky waters as the Organization of Petroleum Exporting Countries (OPEC) has cut Nigeria’s crude oil production qouta by 3.04 percent to 1.685 million barrels per day.

The cut in production is expected to be for the first six months of 2019, and it is in a bid to shore up prices at the international market by reducing oversupply.

President Muhammadu Buhari had during his 2019 budget estimates proposal presentation to the joint session of the National Assembly on Wednesday, disclosed that the budget was prepared on the assumption that the nation will produce 2.3 million barrels per day at a price of $60 per barrel.

The price of the crude in the international market has however continued on a downward decline and currently hovers below the $60 benchmark.

It would be recalled that OPEC and 10 non-OPEC countries had agreed earlier this month to cut oil production by 1.2 million bpd effective from January for an initial period of six months to shore up what many expect to be weakening market fundamentals ahead.

After being exempted from production cut since January 2017, Nigeria was asked to join the deal during the OPEC meeting on December 7 in Vienna.

With a current reference level of 1.738 million bpd, Nigeria’s oil production is to be cut by 53,000 barrels to arrive at the new quota of 1.685 million bpd, according to a breakdown of member quotas under OPEC’s supply accord obtained by S&P Global Platts on Thursday.

OPEC kingpin, Saudi Arabia, has pledged to lower its crude oil output to 10.311 million bpd -a 322,000 bpd cut from its October level, the document prepared by OPEC’s secretariat showed.

The document also showed that OPEC would shoulder 812,000 bpd of those cuts, while the non-OPEC participants would cut 383,000 bpd.

Iran, Libya and Venezuela are exempted from the cuts.