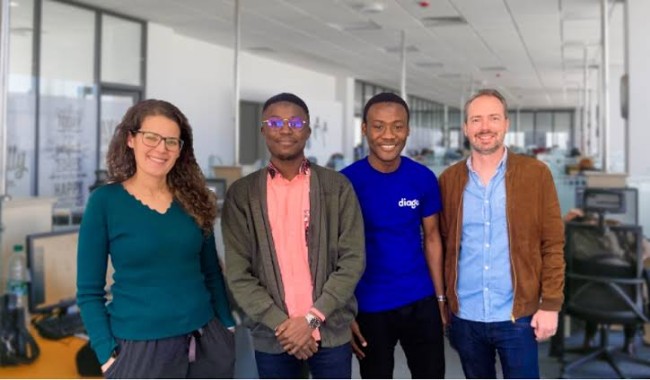 Ismael Belkhayat, the co-founder and CEO of Chari, confirmed the development in a statement on Friday, noting that the company has taken over 100% stake in Diago.

Chari was founded in 2021 by Sophia Alj and Ismael Belkhayat.

The Casablanca-based startup, which is an e-commerce and fintech app for traditional retailers in French-Speaking Africa, allows users to order any consumer goods they sell and get delivered for free.

Diago, according to local media, is an Ivorian app that connects neighborhood shops to FMCG producers/importers.

Diago was founded in 2021 by Amidou Diarra and Ali Ouattara, with headquarters in Abidjan.

Ripples Nigeria gathered that Ali and Amidou will however remain as the CEO and COO, respectively, to oversee business growth and development.

Belkhayat explained that the acquisition will help Chari grow into the French-speaking nation.

“The secret of a successful expansion is to build a local team that masters local market dynamics.

“The real challenge is to convince local entrepreneurs to join forces with Chari to grow faster.

“We continue to surround ourselves with young and ambitious entrepreneurs from Francophone Africa to build together a pan-African giant of FMCG and financial services distribution.”

The duo confirmed the new partnership on their respective official twitter handles as seen by Ripples Nigeria on Friday.

Ripples Nigeria gathered that Dorsey and Jay-Z, who are longtime allies and Bitcoin evangelists, had previously worked together on TIDAL, and also deployed a 500 BTC investment together to boost cryptocurrency’s popularity in India and Africa.

The Bitcoin Academy was founded in Marcy Houses, New York, where Jay grew up.

The academy is expected to help provide education, empower the community with knowledge, and get rid of some of the barriers so that residents can learn more about Bitcoin specifically and finance in general.

“The simple goal is to provide people tools to build independence for themselves and then the community around them.”

A keystroke is typing one character on a keyboard (not stroking your keyboard like a cat). Every time you hit a key, you perform a keystroke. Therefore, 5400 keystrokes in one hour means hitting 5400 keys in one hour, or 90 keys a minute (5400 ÷ 60 minutes).

Related Topics:BitcoinCharidiagotech startup
Up Next

Tunisia’s edtech startup, GoMyCode, secures $8m Series A. 2 other stories and a trivia