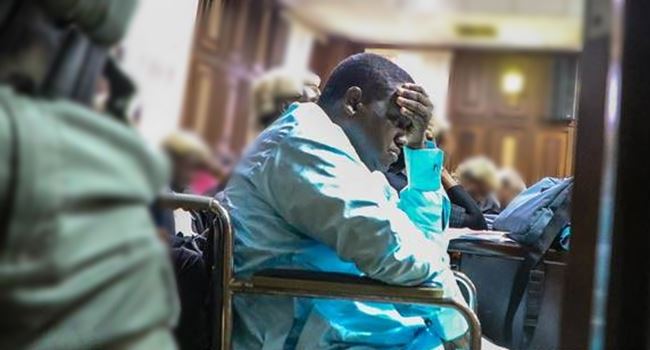 Justice Okon Abang of the Federal High Court, Abuja, on Thursday, stepped down proceedings in the trial of the ex-Chairman of the defunct Pension Reform Task Team (PRTM), Abdulrasheed Maina, over his failing health.

Justice Abang said the order was to allow the former pension reform chief, who was in court, take his medication.

The development began a few minutes after the commencement of the proceeding.

When the matter was called, Maina, who was sitting with families and officers of the Nigerian Correctional Services, was assisted up by two of the officers, for him to be taken to the dock by his counsel, Francis Oronsaye.

However, the judge ordered that he should be allowed to sit where he was.

When the proceeding started, the judge attention was drawn to the defendant’s deteriorating health condition by the counsel.

“My Lord, my client is bleeding and I will seek your indulgence to allow him to take his medication,” he said.

Justice Abang granted the request and stepped down the matter for 20 minutes.