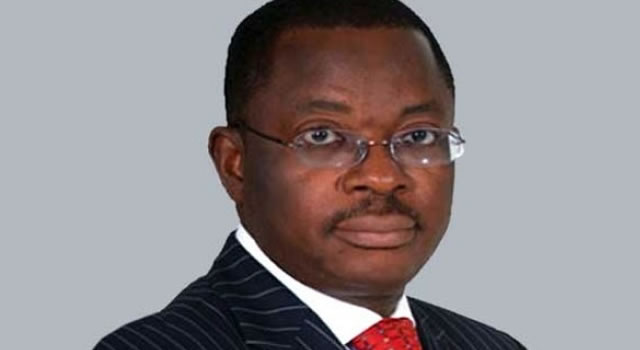 Efforts by former Managing Director of the defunct Intercontinental Bank Plc, Dr. Erastus Akingbola, to free himself from trial over a N5 billion alleged fraud has failed.

This came as the Supreme Court on Friday ordered him to return to the Federal High Court in Lagos to face his trial on fraud charges leveled against him by the Economic and Financial Crimes Commission (EFCC).

Justice Charles Archibong had on April 2, 2012, terminated the trial, a development that led to his compulsory retirement from the bench by the National Judicial Council (NJC).

Justice Archibong had struck out the 26 counts the EFCC filed against Akingbola on the grounds that the prosecution was not diligent in handling of the case.

However, the Court of Appeal in Lagos had on February 20, 2015, overturned Justice Archibong’s ruling on the matter.

Not satisfied with the verdict of the appellant court, Akingbola had dragged the matter to the Supreme Court on the argument that the ruling lacked merit.

But sitting on the matter, a five-man panel of the apex court, led by Justice Tanko Muhammad, unanimously affirmed the ruling of the Court of Appeal in Lagos.

Reading out the judgement of the Supreme Court, Justice Sidi Bage, held that Akingbola’s appeal challenging the Court of Appeal’s verdict lacked merit.

He therefore ordered that the case be returned to the Federal High Court and handled by another judge in the Lagos Division and be given “expeditions trial”.

A member of the apex court panel, Justice Kumai Akaahs, said in his contribution that Justice Archibong in his ruling on the case acted like a “military dictator”, adding that he “descended into the arena” and displayed his bias.