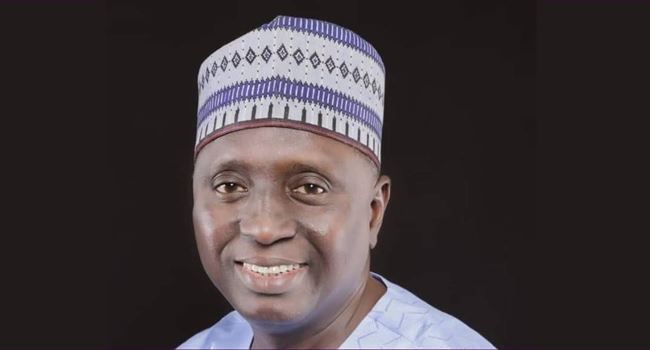 While the strike embarked upon by the National Association of Resident Doctors (NARD) was raging last week, the Chairman, Senate Committee on Health, Senator Ibrahim Oloriegbe, made a statement that got the doctors irked, including some other Nigerians.

Oloriegbe, who defeated the immediate past Senate President, Bukola Saraki, to represent Kwara Central Senatorial District at the National Assembly (NASS), in the 2019 elections, has since endured the monumental backlash that accompanied his statement.

This – including two other stories – made the NASS bubble past week.

On April 8, Senator Oloriegbe told striking NARD to return to work saying “that any soul that dies as a result of the strike is in the hands of the doctors.”

Speaking at the public hearing of the ‘Federal Medical Centre, Mubi, Adamawa State, (Establishment) Bill, 2021,’ in Abuja, Oloriegbe said, among others: “I’m a doctor myself. We took an oath to serve and save lives. On no circumstances should we, through our action, endanger any life to be lost due to our personal interests. We know as doctors, have to take care of our welfare, but we’ve taken an oath to serve.”

Oloriegbe’s unguarded rant not only questions the much publicised willingness of the Federal Government to make the health sector better but raises concerns on the right of the doctors to demand better welfare, and favourable working condition, including a global standard healthcare system that meets the health demands of the Nigerian citizenry.

Indeed, it can be said that his rash arguments bring to fore the high-handed style of the Federal Government in dealing with industrial actions in the public service.

With the strike now called off, it remains to be seen if the government will commit itself to implementing the agreements reached or continue to borrow from the brazen comments of the Chairman of the Senate Health Committee, Senator Oloriegbe, to frustrate actions geared at finding lasting solutions to challenges plaguing the health sector.

“It is imperative for the National Assembly, the Executive and the private sector as well as Civil Society Organisations (CSOs), to focus immediate attention on youth unemployment and developmental crisis facing the country. Available statistics show that majority of unemployed youth are female. The primary factors contributing to this high unemployment rate are high population growth, outdated school curricula and lack of vibrant industries to absorb competent graduates?”

The President of the Senate, Ahmed Lawan, on April 10, declared that Nigeria can never become a failed State despite the statements and predictions of “dooms-day-prophets.”

Read also: NASS REPUBLIC: On Lawan’s new pastime of identifying enemies. Two other stories, and a quote to remember

While flagging off a 2021 empowerment project in Katsina Central Senatorial District, organized by Senator Kabir Barkiya, he said that the current administration needed the support and prayers of Nigerians.

Lawan’s declaration may amount to living in denial, and only makes sense when considered against the fact that as a key public official, he expected to preach national unity and give hope where there seems to be none.

But Lawan ought to know better. Only this year, reports of massive abduction of students by Boko Haram terrorists and bandits gained international coverage. This is accompanied by reports of wanton killings and destruction of lives and property, fueled by criminal herdsmen.

Shamefully, the Nigeria Police Force is turning an endangered species.

More worrisome is the ethnic and regional tension these have created, snowballing into calls for secession by individuals and groups in different parts of the country.

Lawan may continue to fantasize, but the realities are too dangerous to ignore. Nigeria may, indeed, be drifting towards anarchy and ultimately a failed date.

And, this is amidst the seeming unwillingness of the ruling All Progressives Congress (APC) to brace up to the looming dangers ahead.

The rot in FMBN

On April 11, the Senate Committee on Public Accounts led by Mathew Urhoghide summoned Gimba Kumo, former Managing-Director of the Federal Mortgage Bank of Nigeria (FMBN), to explain the alleged irregular award of N3billion contract when he was still at the bank.

The summon came following a query raised by the Office of the Auditor-General of the Federation (AUGF) against the FMBN.

“Audit however observed that the second, third and fourth phases of the contract were above the approval thresholds of the bank. It was also observed from the examination of payment documents that the contractor was overpaid in the sum of N118,717,892.72 that resulted from irregular addition of five percent withholding tax in the bill of quantity on each of the four phases of the contract,” the Committee observed, among other financial irregularities.

The Urhoghide Committee has taken a step in accordance with its constitutional mandate of over-sighting the executive. However, what they will make out of the evidence of this monumental financial malfeasance remains a thing of conjecture.

This is largely due to the growing lack of faith in the ability of the NASS to conduct investigation of this magnitude, and ensure the prosecution of those found wanting.

A glaring example is the probe of N81bn financial misappropriation in the Niger Delta Development Commission (NDDC), which has since last year being swept under the carpet.

Nothing would be more pleasing and heart-warming than to see the Committee facilitate the prosecution of Kumo, and, his accomplices, if found guilty.

This is an opportunity for the Urhoghide Committee to change the negative narrative about financial probes at NASS.

Saraki made the statement, on November 11, 2017, at a Public Hearing on Youth Development and Empowerment in Abuja. He was the Senate President between 2015-2019, representing Kwara Central Senatorial District at the Red Chamber of the National Assembly.

NASS REPUBLIC: Weighing the blood bath in Ebonyi. Two other stories, and a quote to remember

ICYMI…NASS REPUBLIC: On Lawan’s new pastime of identifying enemies. Two other stories, and a quote to remember