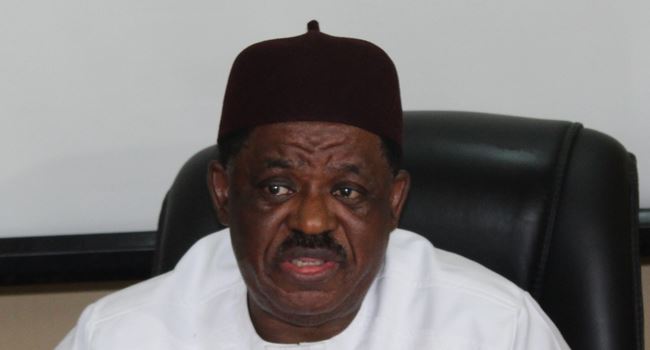 Only last week, Senators spent time expressing their displeasure over a recent attack by the herdsmen in Egedege, Obegu and Amuzu communities of Ebonyi State.

The gory killings by armed herdsmen have long demonstrated the incompetence of the President Muhammad Buhari-led administration to secure Nigerian lives.

This, and other stories made the rounds at the National Assembly (NASS), past week.

The Senate, on April 14, condemned the recent massacre of no fewer than 25 persons carried out by suspected herdsmen in Ebonyi State.

This was sequel to a motion, on the killings, sponsored by Senator Sam Egwu, representing Ebonyi North Senatorial District of the State.

“The Senate expresses concern that the killings, maiming, and wanton destruction of lives and property have now become the daily experience of innocent and peaceful people of Ebonyi State who are murdered in their numbers almost on a daily basis,” he said, among others.

Senate’s condemnation of the Ebonyi massacre, though not unexpected, would amount to nothing, if the upper legislative chamber does not deploy its power and influence to make the Executive redouble its efforts in protecting lives and property of the citizenry.

It is even more disturbing that other horrific attacks have taken place in the State even after the massacre of March 20. This unambiguously signals how ill-prepared the Buhari-led administration is in rising up to this challenge which has stoked ethnic and regional tensions.

The festering crises, indeed, justifies why the Federal lawmakers must do more now than just talking.

Since it has become evident that resolutions are not forceful enough to push the executive to act responsibly, Nigerian lawmakers must consider the ultimate weapon at their disposal which is the power to influence the removal of transgressing public officials.

“I was against State Police before, but I have since changed my mind because of the frequency with which crimes happen in this country, and the difficulty the current Police have in carrying out their investigations means that there are real security challenges that we need to address, and to address them, we must make sure that there are enough Policemen that can Police this country. The benefits of State Police outweigh its disadvantages at the moment?”

On April 12, Senator Abaribe criticised the President Muhammadu Buhari-led administration for leading the country to a precipice through alleged nepotistic recognition and elevation of some ethnic groups over and above others.

While fielding questions from journalists at a two-day capacity training for newly elected councillors and local government council chairmen from Aniocha/Oshimili federal constituency of Delta State, he said:

“We have made choices on the basis of where you come from and this particular government has been most egregious in making these wrong choices and that’s why it is leading us to the precipice today.
“And all we are asking Nigerians to do is to beg this government of APC to help us step back from the brink because as much as we continue to say that what they are doing is not right, they continue to do it with impunity and every day.”

Abaribe amplifies the complaints, and concerns of many Nigerians which have been made manifest in the wave of secessionist agitations sweeping across most parts of Southern Nigeria.

Read also: NASS REPUBLIC: On Oloriegbe’s unguarded rants. Two other stories, and a quote to remember

Criticisms that the President has substantially failed to live by the constitution, especially as it concerns the principles of federalism, are held to have largely fostered a poor sense of belonging by constituents that make up the country.

Sadly, this has become a national albatross and makes Abaribe’s remarks, and those of many other Nigerians, compelling issues that the Buhari administration must address to avoid the road to Somalia.

The Speaker of the House of Representatives, Hon. Femi Gbajabiamila, on April 16, emphasised the need for a positive projection of Nigeria’s culture and image to the outside world by members of the Nollywood industry.

“You have a responsibility to tell the best stories of our beloved country. I do not propose to turn you into cheerleaders for a Nigeria that does not exist. But the stories of men and women thriving through adversity and innovating for prosperity needs to be told, and it falls to you to tell those stories,” he said, while speaking at the opening of a two-day Leadership Master Training for Nollywood Celebrities and Stakeholders under in Abuja.

No doubt, Gbajabiamila’s submission accentuates the powerful influence of the arts in national development.

What Gbajabiamila must appreciate, however, is that arts is a reflection of society. And, this, perhaps, explains why the Speaker expressed his concern for the leadership not to convert Nigerian artistes into praise singers.

The expectations, therefore, are that Gbajabiamila and his club of ruling elites must provide transformational leadership, anchored on transparency, accountability and integrity if they expect the arts to constantly project a new Nigeria.

So, beyond helping to create the right legislations that will make for a better Nollywood, the conduct and character of the Nigerian leadership is key.

Mark made the statement on October 9, 2012, at the National Assembly. His statement was in condemnation of the brutal killing of four University of Port Harcourt (UNIPORT), students – Ugonna Obuzor, Toku Lloyd, Chiadika Biringa, and Tekena Elkanah – on October 5, 2012, by villagers in Aluu community, Rivers State. Mark represented Benue South Senatorial District, and was the President of the Senate from 2007 to 2015.