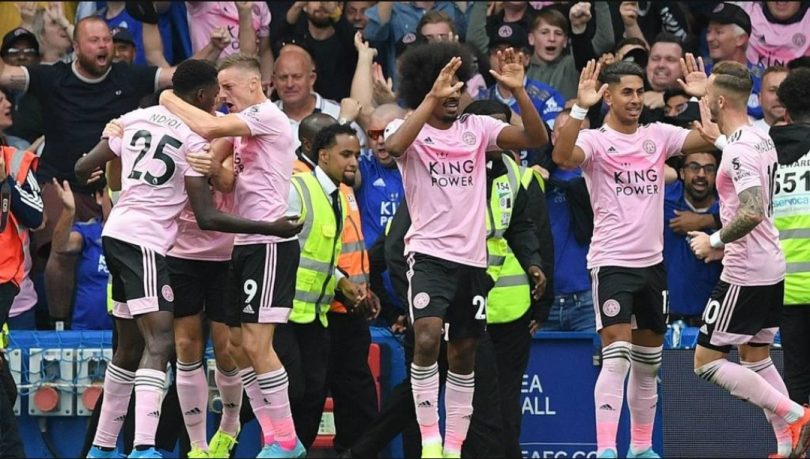 Super Eagles midfielder, Wilfred Ndidi scored for Leicester City in their 1-1 draw with Chelsea at Stamford Bridge on Sunday.

The Foxes had a rough start as Ndidi committed a howler when he let 20-year-old midfielder Mason Mount rob him of possession and scored a memorable first goal for the Blues.

Ndidi headed in a second half equaliser to earn his side their second point of the season.

Both teams remain without a win, with Leicester on two points from two games, one more than Chelsea, who lost their opening game to Manchester United.

“I think we put the first half aside and pushed up. We had to react,” Ndidi said.

On his mistake, he added: “It is something I am trying not to think about. It keeps coming up in my head but it’s football so I have to move on.

“I don’t know. It is a mixed feeling. I tried it [set-piece for the goal] a couple of times with James Maddison in training and he said I could score from those chances.

“We can take the positives. We had a couple of chances. We will try to improve in every game. We did well in the second half.”

Chelsea will face Norwich next weekend while Leicester will play Sheffield United, who defeated Crystal Palace 1-0 earlier on Sunday.