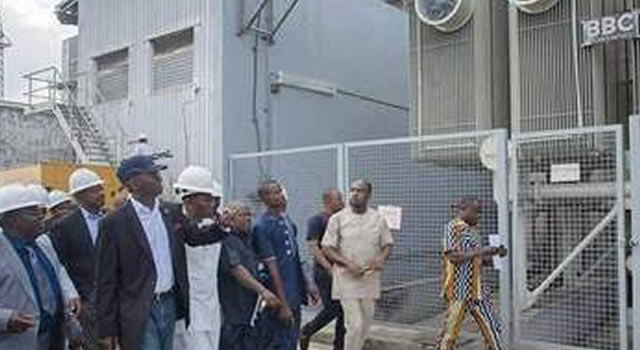 Ariaria market, popularly known as “China Market”, is a major market, not only in the South-eastern part of Nigeria, but also in the West Africa sub-region.

An open-air market housing thousands of shops, all specialising in a wide range of goods, it seemingly looks without structure in appearance and yet valued for its versatility in the making of wears and leather works among others.

The commission in a statement released by its spokesperson, Vivian Mbonu, on Tuesday in Abuja said the licenses gave the firms the right to independently generate and distribute 9.5 megawatts (MW) embedded electricity in the market.

“The licenses, issued in line with Section 71(6) of the Electric Power Sector Reform Act, 2005, were granted after careful consideration of the applications in the public interest to promote access to common good and to promote commercialisation and industrialisation for which Ariaria, a leading commercial hub in the country, is reputed,” the statement read.

The statement further said that both licenses granted to Araiaria were affirmation of the commission’s commitment and response to the long-time yearnings of the market for a stable, reliable and sustainable electricity supply to improve the quality of goods and services by Nigerian enterprises and entrepreneurs.

In March, the Minister of Power, Works and Housing, Babatunde Fashola, stated that about thirty two thousand shops in the market spend about N10 million daily on generators to power their businesses.

An amount which when diverted into these enterprises everyday is capable of driving the nation’s economy significantly.
By Oluwasegun Olakoyenikan…