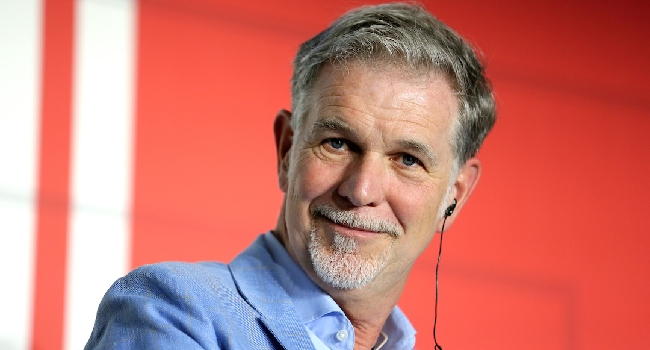 Netflix has made a change in its leadership role, as Reed Hastings steps down amid Disney and Amazon threat to the video streaming platform’s market share.

Hastings, who was the Co-founder and co-Chief Executive Officer of Netflix, was replaced with Greg Peters, the company’s Chief Operating Officer.

Peters has joined the board and will act as co-CEO with Ted Sanders. The position comes with a $3 million annual salary and $17.325 million worth of annual stock option. He was also allocated $14.325 million estimated target bonus.

According to the company in a blog post on Thursday, it was revealed that Hastings stepped down to take over the Executive Chairman post, following the footsteps of Jeff Bezos and Bill Gates.

As an Executive Chairman, Hastings will be paid $500,000 annual salary, as well as $2.5 million stock option.

“Starting today, Greg Peters will step up from COO to become Ted’s co-CEO. Going forward, I’ll be serving as Executive Chairman, a role that founders often take (Jeff Bezos, Bill Gates, etc.) after they pass the CEO baton to others.

READ ALSO:Amazon launches $7.3 Prime Video price to rival Netflix, others. 2 other stories and a trivia

“Ted, Greg, and I have been working closely together in different capacities for 15 years. As is common in long, effective relationships, we’ve all learned how to bring out the best in each other. I look forward to working with them in this role for many years to come,” Hastings said in the statement.

The change comes as Disney surpasses Netflix’s subscriber base and Amazon Prime Video closes in on the Hastings founded company at the end of 2022.

Disney’s subscriber base grew more than 235 million, while Netflix’s reported 230.75 million, above the over 200 million Amazon Prime Video closed last year with.

Talking about Disney’s subscriber growth, the CEO of The Walt Disney Company, Bob Chapek, in the letter last year, said the firm grew subscriber base in 2022 by 57 million subscriptions or 32 per cent, but Netflix could only manage a 4 per cent growth during the same period.

Related Topics:AmazonDisneyNetflixReed Hastings
Up Next