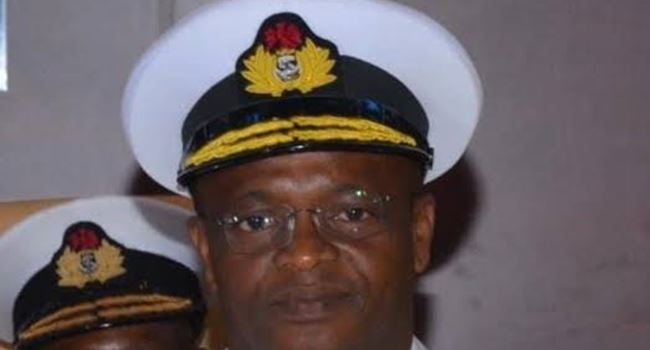 The Chief of Naval Staff, Vice Admiral Awaal Gambo, has disclosed that Nigeria will soon sign a Memorandum of Understanding (MOU) with Cameroon, Benin, and Equatorial Guinea to check the rising insecurity in the Gulf of Guinea.

According to him, the country has begun the “Obangame Exercise” with friends of the Gulf of Guinea, countries in the Gulf of Guinea Commission, and other international partners like the United States, French, and Britain, noting that there has been so much hype about the situation in the region on social media.

Gambo disclosed this while briefing journalists in Calabar, Cross River State, at the weekend, after addressing officers during his maiden visit the Eastern Naval Command.

He said, “The situation in the Gulf of Guinea is not as bad as it is being portrayed, but we are also making effort to put out an appropriate platform in our efforts at ensuring that we secure the Gulf of Guinea. Besides, most of the crimes being committed in the area are not necessarily within the Nigerian waters.”

Gambo said most of the piracy and crimes in the region were perpetrated outside the 200 Exclusive Economic Zones (EEZ), which belonged to Nigeria, but also available for international ships, noting that other vessels, including war and commercial ones, also traverse the route.

“We are not supposed to hinder their movements and so, if crimes happen within the area, we may be available then and perhaps our patrol efforts may be in a different direction.

“To that effect and under my administration, I am planning to sign an MoU with countries in the Gulf of Guinea Commission so that collectively, we will patrol the area together, because most of the efforts are being carried out by Nigeria,” he added.

He explained that Nigeria was spending heavily to complement efforts at securing the region, noting that the Nigerian Navy was doing its best to curb insecurity in the maritime space.

Gambo maintained that the Navy had been tackling sea robbery, piracy, crude oil theft, and other crimes in the nation’s maritime domain, stressing that it was making additional efforts to acquire more platforms.

“President Muhammadu Buhari has directed us to return peace and security to Nigerians to enable them to move around and do their legitimate businesses without fear.

“To achieve this, all officers and ratings should uphold teamwork, professionalism and integrity, and the core values of the Nigerian Navy. Discipline remains the foundation of military service. I shall continue to monitor your activities and I shall not hesitate to relieve those found wanting of their appointments,” he added.