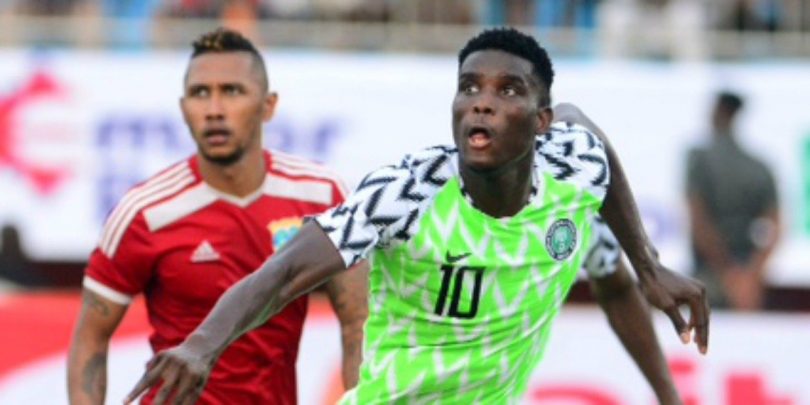 Super Eagles forward, Paul Onuachu has reportedly tested positive for COVID-19 after his club Genk carried out a test on all their players.

The 26-year-old, who spent several weeks in Nigeria while sporting activities were halted in Belgium, was the only player in the squad that returned positive.

Onuachu had been training with the team since his arrival, and his COVID-19 status has provoked a bit of concern within the team.

Belgian news hub, HLN Sport, said the testing became necessary as the club prepared for their first friendly game ahead of the new season.

Genk will face Eendracht Termien in the exhibition game on Thursday.

Onuachu has made six apperances for the Super Eagles, scoring one goal.

He scored his first goal for the Nigerian team in a friendly match against Egypt.

The goal was scored within the first ten seconds of the game, and the fastest ever scored for Nigeria.