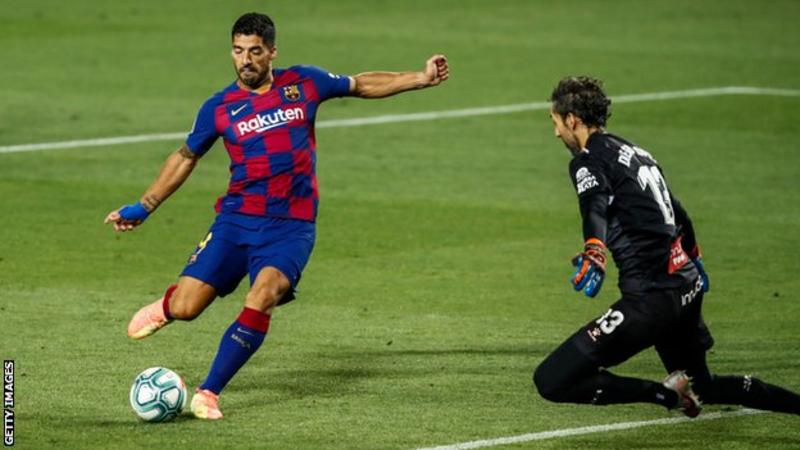 Luis Suarez scored the only goal of the game as Barcelona defeated city rivals Espanyol 1-0 in the La Liga on Wednesday night.

The goal was enough to hand Barca all three points from the game, boosting their chances in the pursuit of the title.

Defeat for bottom club Espanyol forced the visitors into relegation.

They are bottom of the table on 24 points, 11 adrift of safety with just three games remaining.

Both sides had a player sent off early in the second half after video assistant referee reviews.

Barcelona youngster Ansu Fati was dismissed for a foul on Fernando Calero before Pol Lozano was red carded for a dangerous tackle.

Suarez then smashed home a loose ball in the 56th minute – his 15th league goal of the season.

Barcelona are now a point behind leaders Real Madrid, who could restore their four-point advantage when they host Alaves on Friday.