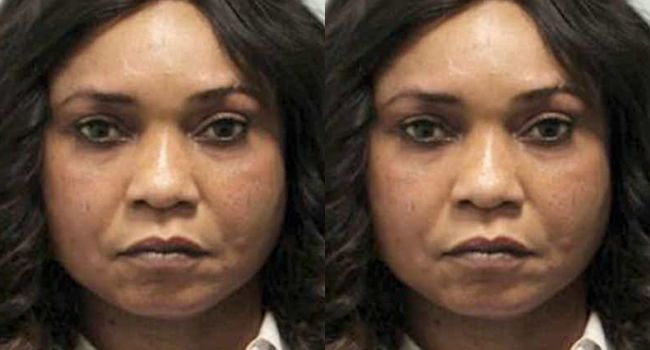 A Nigerian-born British nurse, Josephine Iyamu, has been sentenced to 18 years in prison by a Birmingham Crown Court after she was found guilty of trafficking women and teenage girls, mostly from Nigeria, to the UK and forcing them to become sex slaves for her personal gains.

The 54-years-old London nurse who had earlier been found guilty in March, was sentenced on Tuesday after the court heard how she trafficked the vulnerable women and forced them to swear to a “form of voodoo”, was also ordered to repay the sum of £184,000 as restitution.

“The confiscation amount took into account her available assets, which include a large house in Benin City, Nigeria, where she employed household staff.

“If she fails to pay the sum within three months, she will serve an additional two years in prison and still be liable for the money,” a court statement said.

The court also heard how Iyamu subjected her victims to humiliating rituals including forcing them to eat chicken hearts and drink worm-infested blood.

With the sentence, Iyamu has become the first British national to be convicted under the Modern Slavery Act for offences committed overseas in 2018.

During her trial, the court heard how Iyamu, a resident of Bermondsey, “made her victims swear oaths to hand over money during juju ceremonies which saw them ordered to eat chicken hearts and drink blood containing worms.”

Iyamu’s sex trafficking activities came to the police’s attention in July 2017 after German Police identified one of her victims working in a brothel in Trier.

The British National Crime Agency tracked down Iyamu, also known as Madame Sandra, and established she had positioned herself as a rich and powerful person in Nigeria.

“There she had launched a political campaign, through which she claimed she wanted to empower women and families.

“Using her status, Iyamu recruited vulnerable women from rural villages and promised them a better life in Europe.

“She charged them up to 38,000 Euro for facilitating their travel and forced them to work as prostitutes in Germany to pay off their debts,”
Kay Mellor of the National Crime Agency, had said during an extensive investigation that spanned five years.

“Iyamu’s expenditure on travel and properties far outweighed her legitimate earnings as a nurse and our investigation into her finances proved she made hundreds of thousands of pounds from her criminality.

“Iyamu was calculated, manipulative and motivated by money. Not only is she serving a hefty prison sentence, but she won’t be living a luxury lifestyle when she comes out,” Mellor said after the Tuesday sentencing.

Cost of calls, data may go up, as telcos write NCC, propose 40% increase