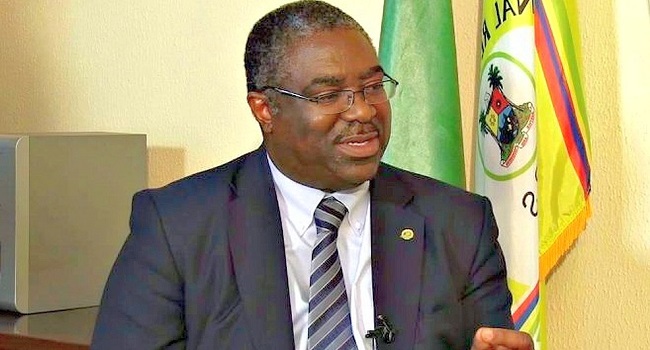 The Joint Tax Board (JTB) has said that the country’s first ever data base of taxpayers in the country is ready.

Chairman of JTB, Babatunde Fowler, revealed this during the 142nd meeting of JTB in Bauchi on Monday, adding that the country’s taxpayer roll is set to hit 33 million.

According to Fowler, who is also the Executive Chairman of the Federal Inland Revenue Service (FIRS) the ongoing database consolidation of the JTB, an initiative being executed in collaboration with the Nigeria Interbank Settlement System (NIBSS), a national taxpayer database with the data of well over 33 million individual taxpayers across the country is now a reality.

He also noted that having the consolidated database, which he said is clean and credible, will open the door to immense opportunities for the tax administrator at all levels.

“As we build on this data, we shall also be ensuring that the technological infrastructure that will facilitate the seamless exchange of data across levels of competent authorities are present. This entails significant investment in Information Technology via the provision of required infrastructure, equipment and as capacity building for personnel that will drive the processes,” he said.

Fowler further expressed optimism that such investment in infrastructure will foster efficiency in taxpayer management and will align with the country being a signatory to the Multilateral Competent Authority Agreement (MCAA), which will trigger the Automatic Exchange of Information among Treaty Partners and two other initiatives of the Federal Government: the Voluntary Assets and Income Declaration Scheme (VAIDS), and the Voluntary Offshore Assets Regularization Scheme (VOARS).

The FIRS boss also commended the Bauchi State government for the marked increase in revenue generation in the state, where the governor, Alhaji Mohammed Abdullahi Abubakar, launched payment of taxes through Automatic Teller Machines (ATM) and through its website.

According to the JTB Chairman, the Internally Generated Revenue of the state has risen from about N4 billion to over N7 billion monthly.

“You may wish to note that Bauchi State is actually one of the success stories when matters of IGR are discussed, both at the regional and at the national levels. Your Excellency may wish to note a few of the impressive statistics on IGR collection of Bauchi State. Computation of IGR collection for Bauchi State for the nine-month period January to September 2018 hit N7.04 billion. This figure has already outperformed the full year 2017 IGR figure of N4.36 billion with a percentage margin of 61.2%.”, Fowler said.