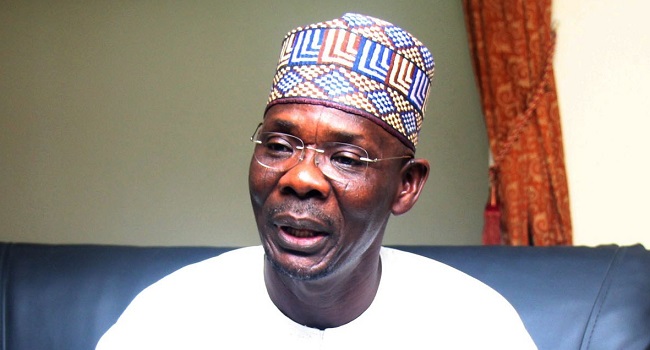 The Governor of Nasarawa State Abdullahi Sule has confirmed the arrest of no fewer than nine suspects in connection with the murder of the State APC Chairman, Philip Sekwo.

Governor Sule revealed this on Friday in the state capital of Lafia while hosting members of the Trade Union Congress (TUC).

According to him, the suspects were nabbed as a result of intensified combing of the routes followed by the perpetrators.

Governor Sule said; “For the past four days, the combined military operations have been trailing the routes where they believe those who killed our Chairman followed.

“I am happy to inform you that the people we were suspecting, so far anyway, nine people have been arrested and are being interrogated in connection to the killing of our Chairman,” he added.

Governor Sule further stated that a combined military operations killed three people in connection to the killing at the Loko development area of the state, adding that four AK-47 rifles were also recovered.

He said; “More important than that, around 3 am this morning, the combined operations followed some of these people around Loko and they killed 3 of them, after killing them they recovered four AK47 rifles from them, we are hoping and praying that it is the same people who carried out this exercise.

“We have always said that security is never too expensive for us unless we don’t have the resources but if we have the resources, we will put in all our resources to make sure that we protect the lives and property of our people, that we have taken seriously and will continue to do that,” Governor Sule concluded.