No police officer is allowed to harass you because you have tattoos on your body, Police PRO says 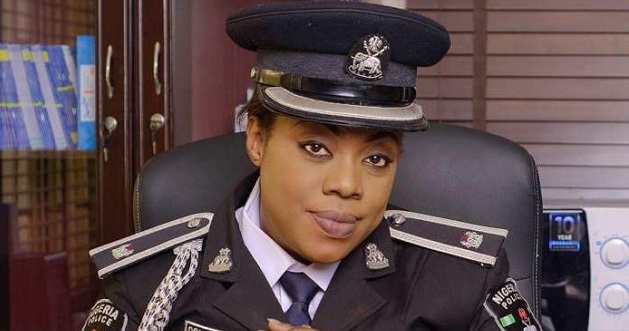 The Police Public Relations Officer, Zone 2, comprising Ogun and Lagos State, Dolapo Badmus has noted in a tweet on her time-line that no police officer is allowed to harass anyone with tattoos etched on their bodies.

Badmos revealed that much while replying to a tweet by a Nigerian who said he would be traveling down to Nigeria with tattoos of endangered animals to dare police officers.

”Even if you draw black serpent as tattoo on your body, no police officer is allowed to harass you,” the police PPRO replied.

Recall that Badmos recently added her voice to the viral #EndSars campaign which has taken social media by storm.

According to Badmos, a Chief Superintendent of Police in an interview with Vanguard, the #EndSars campaign has been overhyped across all platforms by social media users.

In the interview Badmos said; “Badmos said, ‘the issue of this squad called Special Anti-Robbery Squad, SARS, and its operational model has been over flooded basically on the social media platforms. The #EndSARS# started with a group of individuals that, due to their own personal experience or encounter with the operation, started the campaign. They propelled it with social media, escalating the whole issue negatively’.

Speaking on what the main duty of SARS operatives should be, she said; “from the name, it is simple. Their duty is to combat violent crime in the society. So far, they are doing what is expected of them and also doing it well. They have been able to combat serious crimes. At least in the Lagos and Ogun State zone that I cover, there are notable incidents they successfully tackled. There’s this notorious criminal called TK in Lagos who terrorised banks and killed people around 2015 and thereabout. His reign of terror was very fierce. The SARS unit was able to bring him down. Since then, bank robbery has reduced under SARS’ watchful eyes.”

Falz hints he may sue NBC over banned song