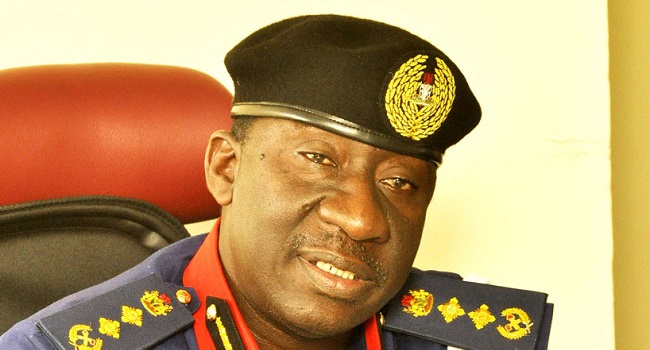 Nigeria Security and Civil Defence Corps (NSCDC) has reacted to reports that it failed to adequately mobilise its personnel during the February 23, presidential and National Assembly elections.

The reports, which circulated on social and conventional media, had alleged that the Corps treated its officials who participated in the monitoring of the election shabbily.

But in a statement made available to Ripples Nigeria by the media assistant to the Commandant General, Soji Alabi, NSCDC denied the media claims.

It said in the statement titled ‘NSCDC and 2019 general elections- matters arising’:

“The attention of the Nigeria Security and Civil Defence Corps has been drawn to a recent publication making round the social and conventional media that the Corps did not mobilse the personnel adequately for the 2019 Presidential and Federal House of Assembly Elections.

“The Corps sees this as an attempt by some sponsored agents to whittle down the achievements of the Corps and successes recorded in the successful conduct of the 2019 Elections.

“To set the records straight, there was adequate preparations by the Corps in terms of training, deployment and logistics prior to the conduct of the elections. Every personnel of the Corps including those on leave and special assignment were recalled. Specially trained personnel on Peace and Conflict Resolutions, Counter Terrorism, Chemical, Biological, Radiological and Nuclear as well as sniffer dogs were deployed.

“Before the commencement of the election, the Commandant General of the Corps – Abdullahi Gana Mohammadu informed the personnel deployed for the monitoring of the elections that N15, 000.00 (Fifteen Thousand Naira only) would be paid to every officer and men that participated in the election monitoring across board, and the money was paid few hours before the elections.

“However, some of the personnel received less than the N15, 000.00. The discrepancy came as a result of the Access Bank Pay Day Loan earlier collected by the majority of the personnel which was deducted by the bank as soon as the money entered their accounts, even though some of them claimed ignorant of the loan. The Commandant General has also asked those short paid without collecting loans from the bank to come up with proofs and the balance will be paid to them.

“Additional, the CG provided food for every member of the Corps in every polling Units across the 36 states including the FCT during the exercise as a way of boosting their morale.

“It is on record that the professional conducts of the Corps’ personnel during the elections were applauded by all the stakeholders in election monitoring, Civil Society Oganisations, Foreign and Local Observers as well as other sister agencies.

“The CG will not relent in his efforts at providing good leadership for the Corps in the discharge of its lawful mandates, while he urged the media to crosscheck their facts before publication.”