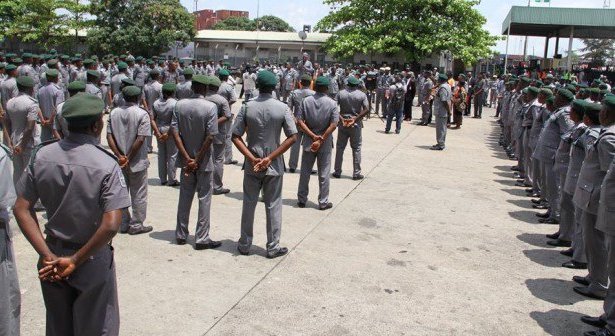 The National Association of Ogun State Students (NAOSS) on Wednesday issued a 14-day ultimatum to Ogun state command of the Nigerian Custom Service.

The students called on the service to employ a relative of the student that was killed by one of its officers few days ago.

The students’ union also requested the NCS to pay N5 million compensation to the family of the deceased.

It warned that failure to meet up with the demands will lead to a massive protest at the Idiroko office of the service.

The National President of NAOSS, Ogunrombi Gbemileke Emmanuel, made this known to newsmen in a statement released on Wednesday.

He said the planned protest that would be embarked upon by the students at the customs’ office would not be ended until the listed demands were met.

Ojunrombi also noted that investigation by NAOSS upon the incident had revealed that one person died and not three as speculated on social media.

Part of the statement read that: “The killing of a student of Ojumo Community High School, Ihunbo in Ipokia Local Government Area by the men of the Nigeria Customs Service has remained a pain in our heart because no life is more important than the other.

“This sudden death, which claimed the life of this promising young Opeyemi odusina prompted the leadership of the National Association of Ogun State Students to embark on a fact-finding visit to the place of the horrible incident.

“After a thorough investigation of the incident and in view of our discoveries, we, however, make the following demands:

“That the NCS should meet with the family of the slain secondary schoolboy, employ a member of the family into the NCS and as well as pay a sum of N5 million damage to the family.

“The above demands must be met on or before the next 14 days else, the National Secretariat of NAOSS will be relocated to the Idiroko office of the NCS in a massive protest which will continue until the listed demands are met.”

An officer of NCS had on Tuesday while driving a vehicle suspected to have been retrieved from a smuggler rammed into a crowd at Ojumbo market, in Ipokia Local Government Area of Ogun state, and killed a student, with several others injured.