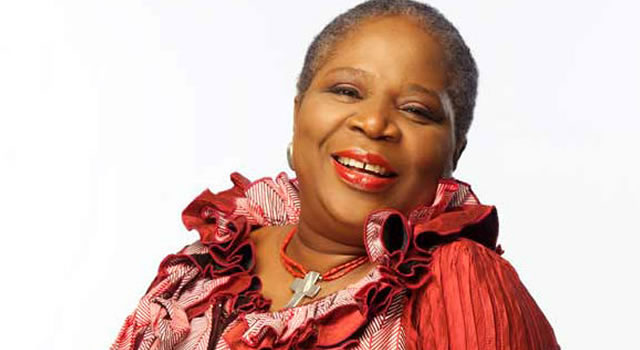 Veteran actor and songstress Onyeka Onwenu has made a passionate appeal to President Mohammadu Buhari to effect the immediate release of Leah Sharibu and others in Boko Haram captivity.

In a video posted on the social media account of Senator Ben Murray Bruce, Onyeka Onwenu who is popularly referred to as ‘Elegant Stallion’ in music circles advised Buhari to borrow a leaf from the rescue of the Thai soccer team who were trapped in a cave for more than two weeks.

Sharing the video by Onyeka Onwenu on Facebook, Senator Ben Murray Bruce wrote: “”Please watch and share this moving moving appeal by music superstar, Onyeka Onwenu for the release of Leah Sharibu. Leah has been held for too long just for refusing to convert. The Quran itself says “there is no compulsion in religion”, so#BringBackOurLeah.”

Recall that Leah Sharibu, the Christian Dapchi girl, alongside 110 other girls were abducted from the Government Girls Science Technical College (GGSTC) Dapchi, in Yobe state on February 19, 2018, by Boko Haram insurgents.

The others have been set free but Leah is still in the captivity of her abductors because she rejected a condition of renouncing her faith to become a Muslim in order to gain her freedom.