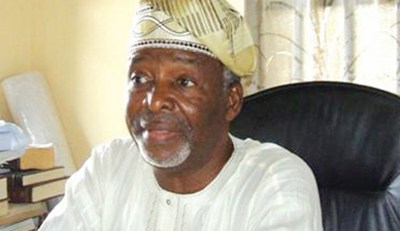 The Oodua People’s Congress (OPC) has called for the immediate and unconditional release of Leah Sharibu, the only girl left in Boko Haram captivity from the 110 students of the Government Girls’ Technical College, Dapchi, Yobe State, recently abducted by the Islamic sect.

OPC advocated that rather than being tried in regular courts, Boko Haram members should face military court martial, while those found guilty should be sentenced to death.

Reacting to Leah’s travails and an offer of amnesty lately made by President Muhammadu Buhari to Boko Haram, the Yoruba socio-cultural group, in a statement by its President, Dr. Frederick Fasehun, on Wednesday, said that: “Offering amnesty to a world-acclaimed terrorist organization is the most unequivocal testimonial that government has been merely spewing lies and propaganda about defeating Boko Haram.”

After negotiations with government representatives, Boko Haram returned 104 girls to Dapchi, amidst reports that five captives died in transit, while Miss Sharibu, 15, was being held for refusing to renounce her Christian faith.

That the Federal Government agreed to such a divisive deal was dangerous, insensitive and unpatriotic, OPC said.

“Nobody should make a martyr of that small girl,” OPC warned. “Her ordeal for being a Christian makes many Nigerians to wonder if religion is why the government appears to be foot-dragging negotiations for the release of the Chibok girls, many of whom are Christians.”

Frowning at the negotiated release of only captives of one faith, OPC lampooned government and its negotiators for making a blunder of the entire Dapchi abduction by not regarding injury to one girl as injury to all.

The Yoruba socio-cultural group wants Leah back home with her parents for Easter.

OPC wondered why Nigeria could not borrow a leaf from Israel that invaded Lebanon in 2006 to recover two Jewish soldiers from Hezbollah, and from the French policeman who died last week after taking the place of a hostage in a supermarket attacked by a terrorist.

“The Leah episode is an international embarrassment and is another heartbreaking proof, plus others like the unchecked killings by Fulani herdsmen, that PMB belongs to some people and not to others,” OPC said.

The OPC asked eminent Muslims like the Sultan of Sokoto and all Northern Emirs to bring pressure on Boko Haram for the quick release of the young girl.

“There is no other way for these Muslim leaders to convince the world of their disagreement with Boko Haram’s philosophy and action than their calling for her immediate return and their denunciation of this gross violation of Leah’s rights to life, belief, movement, conscience and association, as guaranteed by the Nigerian Constitution, the African Charter and United Nations Conventions.

“There is no greater way to convince Leah and all other Nigerian children of other tribes and faiths that Nigeria belongs to all of them than for her to safely return home unmolested, safe and sound,” OPC said.

According to the group, President Muhammadu Buhari’s recent offer of amnesty to Boko Haram was an insult to the dead, maimed and internally displaced victims of the anti-western education terrorists, as well as soldiers who lost their lives in the fight against terrorism.

“If the government says it has defeated Boko Haram, technically or completely, then what is the rationale for offering pardon to these terrorists?” OPC said. “Instead, government should commit its energy to totally breaking Boko Haram and other insurgents, just like Iraq has done to ISIS.”

Describing he amnesty offer as irrational and inciting, OPC said, “Boko Haram does not deserve pardon because it is an unapologetic terrorist gang, whose unprovoked and large-scale killing of innocent civilians places it in the league of Al-Qaeda, Taliban, ISIS and ISIL. We demand that they be brought to justice.”

OPC cited the life sentences handed down to Niger-Delta militants like Charles and Henry Okah for a bombing incident, and accused Federal prosecutors of treating apprehended Boko Haram and killer herdsmen with kid gloves by handling them mild punishments.