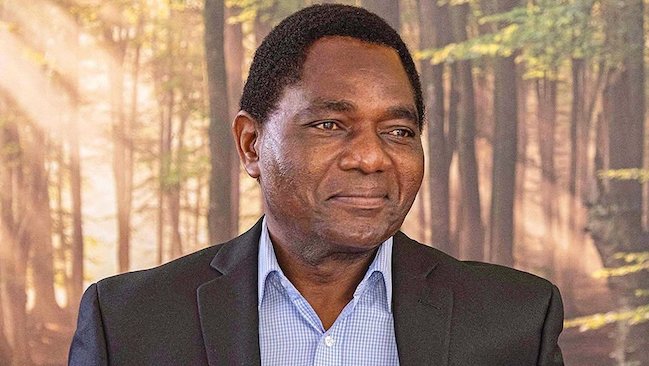 The Zambian presidential poll whose conclusive result saw to the definitive defeat of the incumbent President presented some striking similarities to Nigeria. One, it reminded us of how the former Nigerian President, Goodluck Ebele Jonathan, was soundly defeated by the then opposition candidate and now President, Muhammadu Buhari, way back in 2015.

Like President Buhari the Zambian president-elect, Hichilema, was a strong believer in his democratic dreams. They both suffered couple of defeats yet they mustered enough courage to continue knocking at the gate of greatness!

Two, President Hichilema reminds us also of the late Bashorun MKO Abiola who won a presidential poll of June 12, 1993 but was criminally denied the pan-Nigerian mandate. Only God knows how Nigeria would have since been or become with Abiola presiding over our affairs. Like Hichilema Abiola was a self-made benevolent billionaire, a story of rag-to-riches. Like the tenacious Zambian the late business mogul from Abeokuta knew how to create wealth and empower the powerless. He knew the ‘smell’ of poverty and the power of hope!

Three, Zambia shares the same pathetic leadership problems with Nigeria. The out-going President, Lungu, belongs to the Buhari class, a class of presidential misfits. With Lungu in power for the past six years much like Buhari Zambia fared not better as things politico-social and economic worsened. Like Nigeria’s Buharism external debt profile mounted in Zambia with Lungu looking clueless. He coveted power for the sake of it.

More than half a century after the British, French and the Portuguese left Africa, heads held high in colonial glory, China has arrived with its own subtle version of economic colonialism or neo-colonialism. They are everywhere, the Chinese, in Africa. America has long accused China of soft-loan power politics in Africa.

They give you big loan package fraught with conditions and upon default in meeting the repayment deadline then the sovereignty of your country could be at stake. While we recognise that the Chinese money has helped Africa develop infrastructurally over time a great deal of such foreign fiscal resources had come with a huge price.

Four, presidential elections could be contested and won fairly and squarely without squabbles or judicial litigations. When Prof. Attahiru Jega did a great job as the INEC Chairman in Nigeria by announcing the then opposition candidate, Buhari, as the winner of the 2015 presidential poll, an enthusiastic nation heaved a sigh of relief. Before the final tally could be taken the vanquished (GEJ) had called the victor (PMB) congratulating him and accepting his defeat!

Like Prof. Jega Justice Esau Elliot Chulu, the Zambian Electoral Commission Chairman deserves commendation for calling it as it was. And Alieu Momar Njie, the former Chairman of the Gambian Electoral Commission, who in 2016, against all odds, announced the crushing electoral defeat of the fugitive barbaric kleptocratic Yahya Jammeh in a Gambian presidential poll. President Adama Barrow made history by trouncing Jammeh!

Like President Buhari Hichilema is an executive herder; he owns one of Zambia’s biggest cattle herds and cattle ranching. But unlike Buhari’s Nigeria Zambia has no problem over cows, herdsmen or grazing routes. No herder is armed with AK-47 assault rifle in Lusaka or elsewhere in the country. No reported clashes with farmers or attempts to seize lands for grazing.

Like Buhari who tasted prison following his celebrated ouster from dictatorial power by the Babangida martial gang in the late 80’s Hichilema was locked up by the same man he has now defeated electorally on flimsy excuses in order to kill his spirit. His determination to succeed, however, much like Buhari’s, was a testament to his conviction and patriotism. His belief in his capacity to bring about change.

As Zambia enjoys a new presidential dawn with the swearing-in of the new President societal problems abound awaiting the attention of the popular man of power. Problems of youth unemployment, economic stagnation, abject indebtedness and the fallen copper price and COVID-19 challenges.

The late founding father-President, Kenneth Kaunda, comes to mind as Zambians inhale the air of ‘freedom’ this day. In his best-selling book, ‘Zambia Shall Be Free’, the late elder statesman had chronicled the pulsating struggle for freedom and independence. Now, Zambia is free indeed!

Like the late South African anti-apartheid icon, Nelson Mandela, whose own book was titled: ‘No Easy Walk To Freedom’ Kaunda must have found out how obtaining freedom from the oppressors was a hard task, the same way Hichilema must have discovered in his failed fifteen years presidential trajectory that foreign or local oppressors use the same system to hold people down.

Zambia, like Nigeria, shall be free! Zambia, now, and Nigeria, perhaps in 2023.

OPINION: Our pastors and s*x scandals

OPINION…2023: Tinubu vs Bello and others