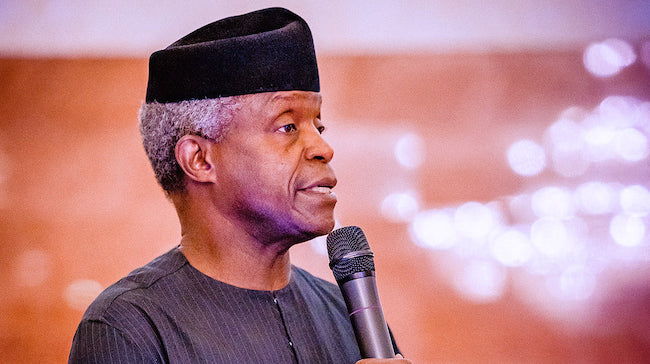 Vice President Yemi Osinbajo, a presidential aspirant for the All Progressives Congress (APC) has stated that the party is on track to take over the Rivers State Government House and hold power at the national level after the 2023 general election.

Osinbajo said this on Thursday while speaking to APC delegates and stakeholders in Port Harcourt, the capital of Rivers State.

He praised the Rivers party for being strong and cohesive despite being in opposition, noting that surviving as an opposition party was difficult.

“So, that you’re vibrant and able to come together in this large number, that you have a vision, that you know where you’re headed and you have very able executive is something that we ought to be very proud of. And we are extremely proud of you here.

Osinbajo had previously opened his presidential campaign headquarters in Port Harcourt, which he dedicated to God, declaring that a new day had dawned for Nigeria.

The Vice President, who had previously convened a meeting at the secretariat of the Rivers State Council of Trational Rulers, stated that the party cannot be supported by a governor, individuals in the state, or with public monies.

He stated that members of the party can make important contributions so that each of them can be proud to own the party.

After an interactive session with party delegates, he told reporters that the ruling party has the ability to settle any issue it faces wherever in the country.

Related Topics:APCOsinbajoRivers APC
Up Next