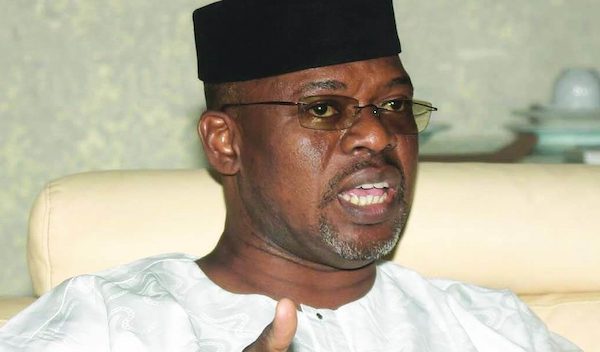 The former governor of Ekiti State, Segun Oni, said on Monday the low voters’ turnout in last Saturday’s local council election in the state was an indication of growing disdain for the All Progressives Congress (APC) by people of the state.

Oni, who stated this at a rally organised by a coalition of two groups – Ekiti Peoples Democratic Party (PDP) Progressives and Dominion group – in Ado Ekiti, said the major opposition party would work with the people of Ekiti to dislodge the APC in next year’s governorship election in the state.

He warned that the PDP would resist any attempt by the APC or any group to rig the election.

The rally was organized by the duo of Wale Ayeni and Eniola Eponlolaye to drum support for the former governor ahead of the PDP primary in Ekiti.

Oni said: “PDP doesn’t want to lose again and the people who will vote at the primary know who can give us victory in the election. Though I am contesting with the aim to get the ticket, I won’t be desperate to achieve this. If you gauge the mood in town now, Ekiti is friendly with PDP and we shouldn’t miss that opportunity.

“This really was conceptualised to send a signal to APC after the wishy-washy local government elections of Saturday.

“It is wisdom for whoever becomes governor not to get to office and loot. If I had looted, I would not have been popular and acceptable as I am today in Ekiti. Rather than looting, spend the money for the people by way of good roads, water, good schools, scholarship and all that, so that they won’t forget you.

“PDP is a strong force and party in Ekiti and I am of that view that our national leaders would do the right thing in our primary. We don’t want to pick a candidate that would be too weak to win.

“PDP is not planning to rig and that is why we must get the right candidate. But we will resist any attempt to rig the election. What you are seeing today was a signal that we are ready to take over Ekiti.”

Related Topics:PDPSegun Oni
Up Next