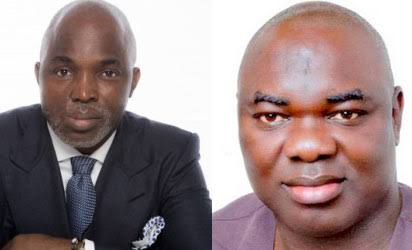 World football governing body, FIFA has replied Chris Giwa in a letter reiterating its recognition of Amaju Pinnick as the head of Nigerian football.

Giwa, who appraoched FIFA through his lawyers, is asking for the enforcement of court rulings in Nigeria that he was the authentic president of Nigeria Football Federation (NFF).

Only recently, Giwa and his board had dragged the Amaju Pinnick-led board to the Supreme Court, claiming that the mandate given to them by the Congress of the Football house in August 2013 was sacrosanct.

Although the court, in April, referred the case back to the Federal High Court to be tried properly, Giwa’s lawyers still went on to write to FIFA.

But FIFA says irrespective of any decision by Nigerian courts, the body will only recognise the Pinnick-led board, as football matters are never to be adjudicated in the ordinary court.

In the letter, made available to Ripples Nigeria by the solicitors of the current NFF board, FIFA wrote that it recognizes “the NFF executive committee under President Amaju Melvin Pinnick which was duiy elected on 30 September 2014.”

And also added: “We further inform you that the FIFA Discipiinary Committee decided on 10 January 2017 to extend the five-year ban from taking part in any kind of footbaIi-related activity imposed by the NFF’s discipiinary committee on 12 May 2016 against the officiais Christopher Giwa, Muazu Suleyman, Yahaya Adama, Sani Fema and Johnson Effiong for breaches of the NFF statutes and the FIFA Code of Ethics to have woridwide effect.”

Below are the pages of the letter.