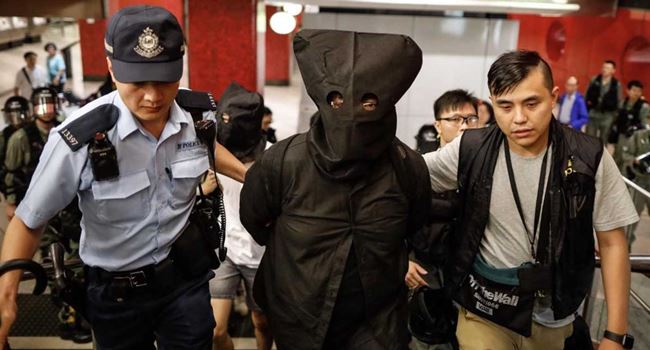 Six pro-democracy legislators in Hong Kong have been arrested and charged by police in a move which could spark more public anger a day after the death of a university student identified as Chow Tze-Lok linked to months of anti-government protests.

The legislators were arrested on Saturday for obstructing the local assembly during a raucous May 11 meeting over a now-shelved China extradition bill that sparked the protests.

Other pro-democracy legislators said the clampdown was a calculated move after Chow’s death to provoke more violence, which would then be used as an excuse to postpone or cancel November 24 district elections.

“We’ll say no to their plans,” legislator Tanya Chan told a news conference. “It is a de facto referendum for all Hong Kong voters to cast their vote and say no to police brutality and say no to our unjust system.”

The arrest of the pro-democracy legislators comes after recent weeks of growing calls for disbanding, or at least reorganising of the police force following accusations of brutality against protesters.