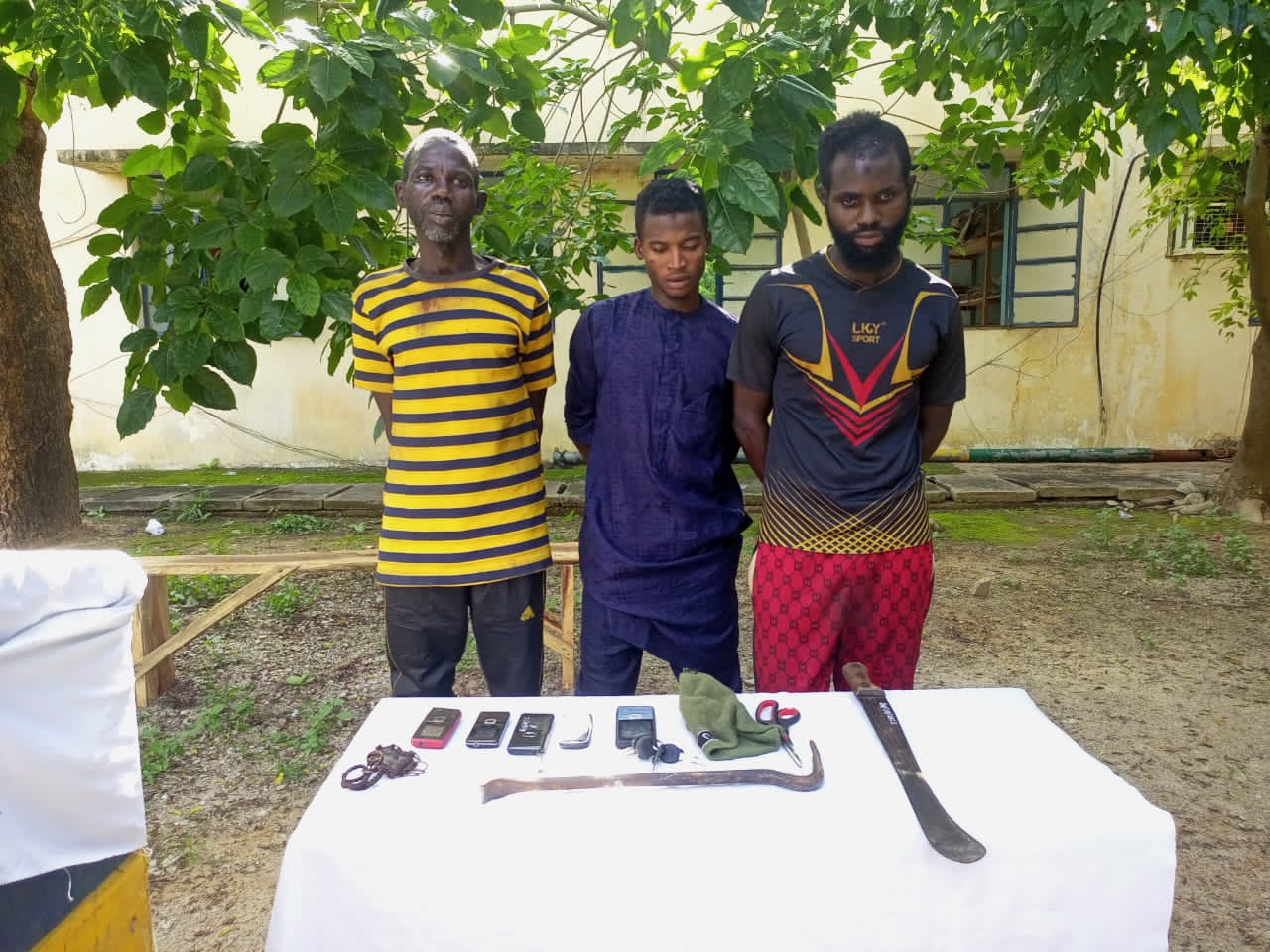 Police operatives in Katsina have arrested three suspected armed robbers using charms to break into houses in the Daura Local Government Area of the state.

The spokesman for the state police command, Gambo Isah, confirmed the development in a statement issued on Tuesday in Katsina.

He said: “The Command received a tip-off at about 4:00 p.m. on September 12, 2022 and succeeded in arresting/busting a notorious syndicate of armed robbers terrorising Daura LGA and its environs.

“Nemesis caught up with the suspects namely: Abdullahi Sa’idu (50), from Hadejia in Jigawa, Umar Abubakar Faruk (23), of Badawa Quarters from Kano State and Zakariyya Hussaini (25), from Yar Leman, also in Jigawa.

“They were arrested when they conspired and forcefully broke into the dwellings of Idris Ahmed alias Baban Hajiya, Mujihabi Yusif, Sa’a Abdu, Ibrahim Sani and Umar Sani, all of the same address.

“The suspects robbed their victims of their belongings.

“In the course of the investigation, the suspects confessed to having been using charms that would lure their victims to sleep until they would have finished committing their nefarious act.”

“The suspects also confessed to police they got their charms from a ritualist in the neighbouring Niger Republic.

“Items recovered from them include fabricated keys, house-breaking implements, machete, five different handsets as well as iron pinches and substances suspected to be charms.”