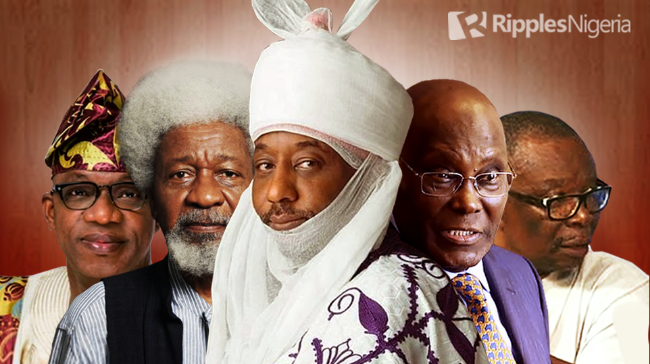 The Academic Staff Union of Universities (ASUU) last week extended its strike by another four weeks.

1. Another extension of ASUU strike

On August 1, the ASUU President, Prof. Emmanuel Osodeke announced an extension of the varsity lecturers’ strike by another 30 days.

He said, among others: “Following extensive deliberations and taking cognisance of Government’s past failures to abide by its own timelines in addressing issues raised in the 2020 FGN/ASUU Memorandum of Action (MoA), NEC resolved that the strike be rolled over for four weeks to give Government more time to satisfactorily resolve all the outstanding issues.

The ASUU decision, already a huge setback to the country’s education system, will further slow down the universities’ academic calendar.

Again, the reluctance of the varsity teachers to suspend the over 150-day-old strike, despite pressures from the Federal Government, suggests their lack of trust in the administration to stand by its promises.

The deliberate delay tactics employed by the Muhammadu Buhari leadership continue to do incalculable damage to the administration’s integrity and is fast depleting its political capital.

Most importantly, it exposes the hypocrisy of the ruling party’s commitment to quality education for its youthful population, as the media regularly feast citizens with stories of children of political leaders graduating from foreign universities.

Soyinka, speaking in Abeokuta, said Buhari should be removed from office because he had violated the democratic contract.

“Democracy indicates a contract and that is why the candidate puts on a manifesto. On the basis of that manifesto, the candidate is either accepted or rejected.
“Very often, the grounds for breach of contract, I think we all agree, is mis-governance and one of the ways of breaking this kind of contract we know even before the duration of a contract is known as impeachment. This is the reason we will go by some legislators to impeach the President who is the head of government,” Soyinka said.

The growing calls for Buhari’s impeachment speak to the frustration of citizens over his government’s failure to protect lives and properties in the last seven years.

By extension, it also queries the competencies of the military leadership, the subsisting security architecture and level of morale across the various military formations.

All said, there are doubts over what the president’s impeachment or other reactive actions would achieve with the Katsina-born former military ruler having less than 10 months to complete his tenure.

Atiku and Wike reportedly met on Thursday afternoon at the residence of Jerry Gana where both men “resolved to move the reconciliation to the next stage.”

Although the meeting between the two PDP heavyweights appear to be a positive step in the ongoing efforts at brokering peace between the two men, and the party as a whole, the party still has a long way to go in its bid to steady the ship ahead of next year’s election.

Read also: QuickRead: Govt’s planned sanction of media channels. Four other stories we tracked and why they matter

How the party manages the crisis, especially the Wike supporters’ demand for the resignation of the national chairman, Iyorchia Ayu, and reports on the alleged sharing of political offices by Atiku’s loyalists, among others, will determine how far it would go in its reconciliatory efforts.

Without this, it may be safe to conclude that PDP’s quest at wresting power from the All Progressives Congress (APC) would face the stiffest of challenges even before the first ballot is cast in 2023.

A former governor of the Central Bank of Nigeria (CBN), Sanusi Lamido Sanusi, on August 5 expressed concern at the current state of Nigeria’s economy, saying the country was in a worse predicament than it was in 2015.

Sanusi, who spoke at the Akinjide Adeosun Foundation Leadership Colloquium in Lagos, said: “The levels of poverty, insecurity, rate of inflation, unstable exchange rate, and absence of power should worry everyone.
“This is the only oil-producing country that is grieving at the moment when oil prices have gone up…Our total revenue is not able to service our debt…
“We were in a deep hole in 2015. And between 2015 and now, we have been digging ourselves into a deeper hole.”

The deposed Emir’s remarks clearly illustrate the quality of leadership that has put the country on the backfoot in the last seven years.

The abysmal performance of the current administration shows why Nigerians need a fresh set of leadership to steer the ship of the country and return it to the path of progress after years of the locusts.

Sanusi’s lamentation is, therefore, a call for change in the country’s leadership recruitment system that has continued to foist on the citizens incompetent politicians with a lack of ideas or capacity on how to effectively utilize the country’s abundant human and material resources for the good of all.

The Ogun State Governor, Dapo Abiodun, and his predecessor, Ibikunle Amosun’s feud resurfaced at the weekend with the exchange of words between the pair and their associates.

Amosun had on August 5 insisted that the governor manipulated the results of the 2019 election in his favour. He also declared that Abiodun would be unseated soon.

In a statement issued 24 hours later by its Publicity Secretary in the state, Tunde Oladunjoye, the All Progressives Congress (APC) described the ex-governor as a sore loser.

It added that Amosun was suffering from “political amnesia and out-of-office loneliness.”

The development shows that many politicians are constantly in pursuit of individual goals, and are often poor students of history.

The face-off between the two frontline leaders of APC speaks to their failure to learn a lesson or two from the mistakes that cost the party dearly in the 2019 elections in Rivers and Zamfara States and most recently in Osun State.

Unless the two leaders rein in their ego and put aside their differences ahead of the 2023 elections, it may be safe to predict that the ruling APC will lose another state in the South-West to the opposition come next year.

QuickRead: Ortom’s move to procure firearms for security outfit. Four other stories we tracked and why they matter

QuickRead: Govt’s planned sanction of media channels. Four other stories we tracked and why they matter