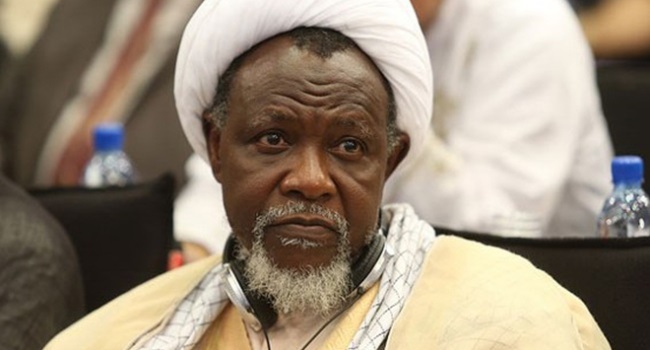 The Islamic Movement, IMN, also known as Shi’ites, has said only the release of their leader, Sheikh Ibraheem Zakzaky and his wife, Zeenat, will make them stop their current protests, especially on the streets of Abuja.

The IMN stated this on Saturday, adding that leading members of the movement and lawyers were currently studying the court order secured by the Federal Government for the proscription of the movement.

Spokesman of the movement, Ibrahim Musa, while speaking with Channels TV, also insisted that it is absurd for the Federal Government to proscribe the group.

It will be recalled that the Federal Government had obtained an order from the Federal High Court, Abuja, proscribing the movement. This came after series of protests by members of IMN, that turned violent on the streets of Abuja.

Continuing, Musa, who said a decision has not been reached, insisted that the IMN cannot be described as a terrorist group.

“As regards the court orders proscribing the Islamic Movement in Nigeria, for now, the movement hasn’t reached a decision.

“The leading members and lawyers are studying the court order and very soon, they will issue a way out for the movement.

“But we believe we are the victims of all that has been happening so it is very unfortunate that a group that has not retaliated, all the killings it has suffered under the President Muhammadu Buhari’s administration, it will now be accused of being a terrorist group.”

Musa also noted that despite attacks on its members, the group have not killed anybody.

“Have you ever seen a terrorist group that one-third of its members have been killed and they haven’t killed anybody?

“So it is absurd we believe, for the Federal Government to take this step of proscribing the IMN. “

Giving condition for the cessation of their current protests, the IMN spokesman said if their leader and his wife are released to take adequate medical care, their agitation will reduce.

“We hope the international community will put more pressure on the government. Our major demand is for them to release our leader to go and look after his health.

“If they do this; all our agitations, especially on the streets of Abuja, will meltdown.”