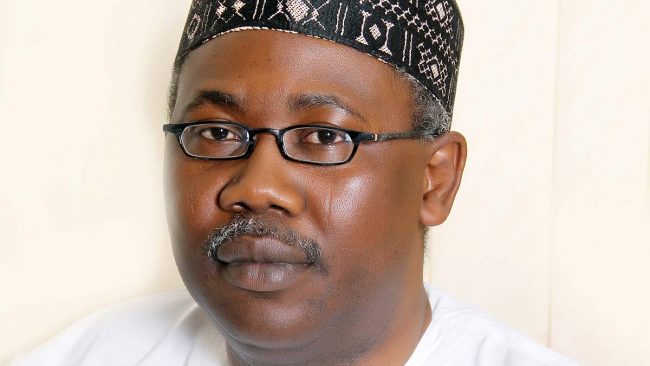 Recently, Justice Binta Murtala Nyako of the Federal High Court in Abuja, entered judgment in a case bothering on transaction in OPL 245 popular refered to as ‘Malabu Oil Deal’, involving former Attorney General of the Federation and Minister of Justice, Mr. Mohammed Adoke, wherein she held that the former minister could not be held liable for any infractions in the transaction because he was executing a lawful instruction made by the president, Goodluck Jonathan, as he then was.

The Economic and Financial Crimes Commission (EFCC) had dragged Adoke before the court claiming that he was involved in money laundering arising from the Malabu Oil Deal in which Nigeria was said to have lost some $1.8 billion.

Adoke had in his defence argued that he could not be help personally liable for executing a lawful instruction of his boss, the president.

Justice Nyako upheld the defence and stated that since Adoke was executing an instruction lawfully given to him by his principal, he could therefore not be held personally liable nor punished for same.

The judgment has become a reference point to ongoing cases against some principal officials of the past administration, who are standing trial for alleged corrupt acts.

Principally, many of the allegations against the accused persons bother on either collecting money from the National Security Adviser, Col. Sambo Dasuki, on the instruction of President Jonathan, or accepting deposits and transfers made to their accounts on same instructions.

Some are also having challenges by the EFCC for accepting payments made to their accounts for jobs executed on the orders of the president.
With Justice Nyako’s decision however, the fate of such cases hang in the balance.

Notable among such cases is that involving former National Publicity secretary of the People’s Democratic Party (PDP), Olisa Metuh, who in his defence before the court, stated that whatever money he received from the government was given to him on the instructions of President Jonathan for the execution of some assignments.

To further prove his defence, Metuh had even succeeded in getting the court to subpoena the former president as a defence witness in the matter. Jonathan has thus far not been able to appear before the court to speak in defence of Metuh’s claim. Many still expect him to do so.

In the circumstance, Nyako’s decision opens an exit for Metuh and others whose trial for alleged corruption hinge on accepting money from the NSA’s office on the instruction of Jonathan. It is however yet to be seen if the defence will incorporate Justice Nyako’s decision in the effort to prove that the anti-corruption charges lacked merit.

Besides, the Justice Nyako decision hits at the root of civil service procedures where liability is transferred to the ordering authority and not the issuing or executing authority.

For instance, all civil service memo, queries and letters begin with such words as “I am directed to…”. This clause clearly ousts the responsibility burden from the issuing and executing authority and domiciles it with the ordering authority.

This situation was also clearly seen in the celebrated case of Major Hamza Al-Mustapha and others for both the charge of attempted murder of Alex Ibru and actual murder of Kudirat Abiola.

In both cases, Sgt. Barnabas Msheila, more popular as Sgt. Rogers, who was used as prosecution witness by the prosecution team led by Yemi Osinbajo SAN, then Attorney General of Lagos state, confessed to haven taken aim and pulled the trigger that released the bullet that hit Mrs. Abiola and killed her; and another that narrowly missed Chief Ibru. However, he pleaded executing instructions from his superiors.

In “Command Responsibility and Superior Orders in the Twentieth Century – A Century of Evolution”, authored by Stuart E. Hendin, a lawyer, and published in Murdoch University Electronic Journal of Law, it was argued that “superior orders is by necessity simply one of the defenses available to an individual accused, especially, of a war crime”.

Since the burden of responsibility is shifted to the ordering authority, it therefore presents Metuh and others who in their defence, had argued that they were only executors of lawful instruction made by the president, a window that may bring an end to their trial. If that happens, the burden will be on the law and not the judge nor the prosecution and the defence.
By Femi Qudus…