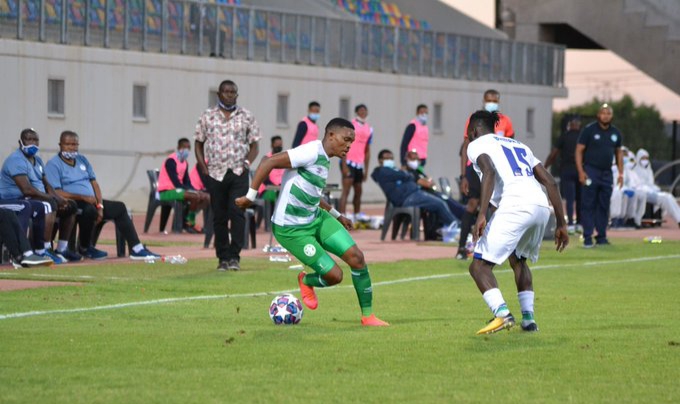 Nigeria’s representatives at continental competitions had contrasting experiences on Wednesday as Enyimba lost while Rivers United secured a big win.

Enyimba were defeated 3-0 by Al Merreikh at the Al Hilal Stadium in the first leg of their CAF Champions League first round tie.

A hat-trick by Saifeldin Maki helped the Sudanese club thrash the People’s Elephants, who will now need to scored four unreplied goals in the second leg to advance.

Read Also: Enyimba, Rivers United into next round of CAF competitions

It was a better day for Rivers United in the second-tier Confederation Cup, as they secured a 2-0 away victory at Bloemfontein Celtic.

The Nigerian side got the better part of their South African hosts at the Dr Petrus Molemela Stadium.

Godwin Aguda scored the curtain raiser in the 70th minute for the Portharcourt club before Fortune Omoniwari added the second goal in 10 minutes from time.

The second leg clashes of both encounters are billed for January 6.

Nigeria will continue to play leadership role in Africa – Buhari