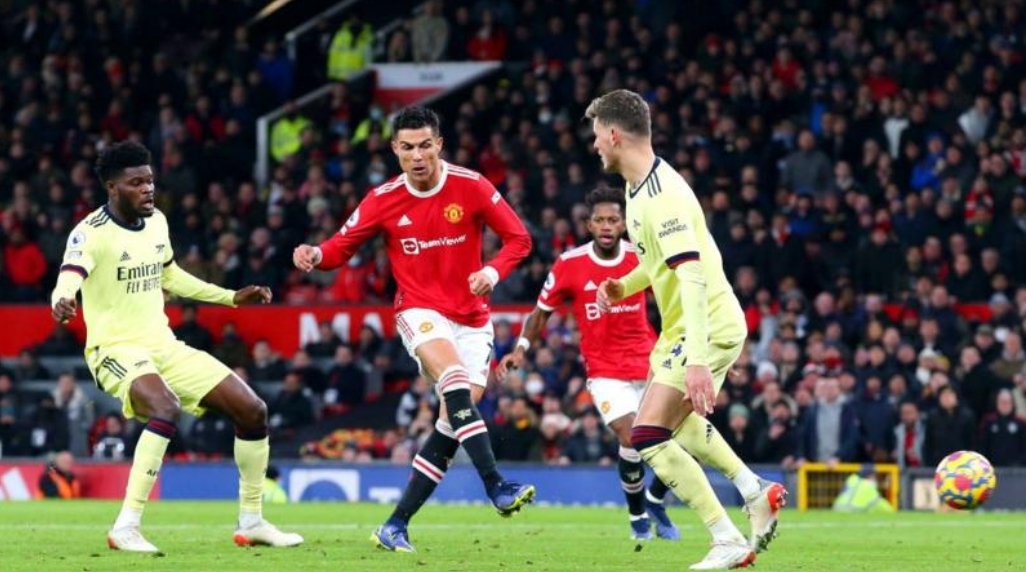 Cristiano Ronaldo scored his 800th and 801st career goals and helped Manchester United sealed a 3-2 victory over Arsenal in the Premier League on Thursday night.

Emile Smith Rowe scored a bizarre goal to open scoring in the 19th minute before Bruno Fernandes equalized fir the hosts just before the break.

Ronaldo put United ahead for the first time in the game on 52 minutes, but the Gunners fought back and equalized two minutes later through Martin Odegaard.

Ronaldo then scored the winner for the Red Devils as he converted a 70th-minute penalty after Odegaard slid in on Fred in the box and the VAR awarded it.

In scoring his two goals, the 36-year-old became the first player in history to reach 800 goals in competitive games for club and country, doing so in 1,097 matches.

The game was watched by new manager Ralf Rangnick, who takes over from Michael Carrick as interim United boss after the game.

In another Premier League game earlier on Thursday night, Tottenham cruised to a 2-0 victory over Brentford at their Stadium in London.

A 12th-minute own goal from right wing-back Sergi Canos gave them the lead, before Son Heung-min finished off a scintillating counter-attack in the second half.

The win means Antonio Conte’s winning start in the Premier League with Spurs continues as Tottenham climb to sixth – two points behind West Ham in fourth – while Brentford slip to 12th following the defeat.