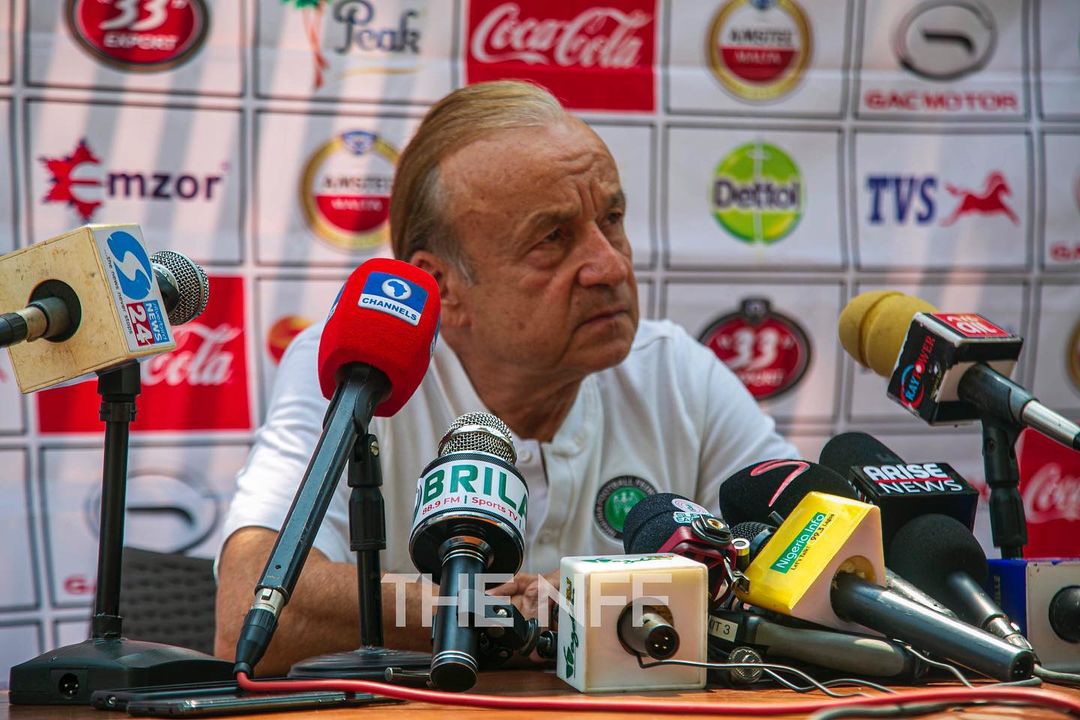 Rohr has been at the receiving end of criticisms especially following the poor outings of the Eagles during the second phase of the 2022 FIFA World Cup qualifiers.

Although Nigeria finished as group winners to land a spot in the playoffs, fans and other stakeholders were not pleased about the quality and style of play by Rohr’s squad.

There has therefore been calls for Rohr’s sack, and reports have it that the NFF has already briefed the Ministry of Youth and Sports development about their decision to employ another coach.

But Udeze, who was speaking in Friday’s edition of his radio programme ‘No Holds Barred’ on Brila FM, posited that the timing was not right as the Africa Cup of Nations (AFCON) was already at hand.

“The timing is too short, a lot of people want Rohr to go but they are not looking at the timing,” Udeze said.

Read Also: Calls for Sack: 8 times Rohr slipped, including his ‘no shame in losing to Madagascar’ comment

“We have about 33 days to the Nations Cup and bringing in a new coach would be like starting all over again.

“This has happened to us a lot of times I remember after the 2002 AFCON just three months before the World Cup they sacked the coach (Amodu Shuaibu) and brought in another coach and we all know how we ended up that year.

“So if Rohr is asked to go now the timing is wrong, they should wait and see what he will do at the Nations Cup because if he leaves, it will affect our players.”

Udeze is not the first ex-international calling for Rohr to remain coach until after the Nations Cup, as Victor Ikpeba had also done same.

“It is less than 48 days before our first game against Egypt at the 2021 Africa Cup of Nations. The speculation about his sack has been intense and I’m really surprised,” said Ikpeba over a week ago.

Why not wait till after the AFCON and take a decision on his future. It will be a disaster if that happens now. If you sack Rohr and employ another coach, if the team fails at the AFCON who takes the blame?

“What will the new manager change. What changed in 2002 and in 2010. It was a disaster. This will happen again if Rohr is sacked now.”

The AFCON is billed to take place between 9 January and 6 February, 2022 in Cameroon.

Related Topics:Gernot Rohr
Up Next