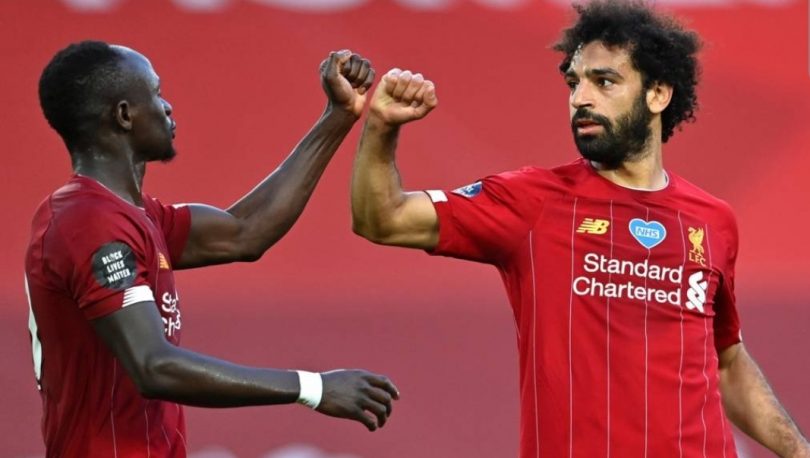 Egypt forward, Mohammed Salah was on target for Liverpool as the Premier League Leaders defeated Crystal Palace at Anfield on Wednesday.

Reigning African footballer of the year, Sadio Mane was also on target as the Reds beat their visitors 4-0.

Trent Alexander-Arnold and Fabinho were the other goal scorers.

Jurgen Klopp’s men are two points away from the Premier League title, and can become champions if second-placed Manchester City fail to win at Chelsea on Thursday.

With seven games remaining, Liverpool have only tasted one defeat since the beginning of the season, and two draws – the second of which was inflicted on them by city rivals Everton last Sunday.