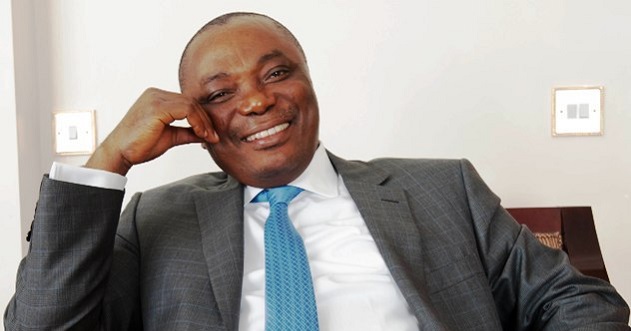 Senator Peter Nwaoboshi has denied that an Abuja court has ordered his arrest contrary to media reports.

The Senator representing Delta North in a statement by his lawyer, Muhammad Sani Katu, described the reports as false, and a total fabrication done in bad faith to smear his name.

It would be recalled that the Special Presidential Investigation Panel for the Recovery of Public Property had said it obtained a warrant of arrest against the senator over alleged conspiracy, abuse of office and official corruption.

But Nwaoboshi’s lawyer in the statement said: “The purported order for the arrest of the senator according to the reports was for his alleged involvement in criminal conspiracy, diversion of public funds and official corruption.

“In the unbalanced and biased media report, the authors claimed that the order for the arrest of Senator Peter Nwaoboshi, dated September 18, 2018 was issued by a Wuse Zone 2 Magistrates’ Court, Abuja, and signed by one Akanni Olaide, the Chief District Judge II, Federal Capital Territory.

“The truth of the matter is that, the report was totally false, even on the face value. It cannot pass any logic to be believed, as it was written in bad faith to smear the image of the Distinguished Senator.

“We want the general public to know that no such order for the arrest of Senator Peter Nwaoboshi was given by the Special Presidential Investigation Panel for the Recovery of Public Property on the said date.

“For the records, the panel had on the 7th day of September invited Senator Nwaoboshi to appear before it on September 17, 2018 to answer some questions over a petition written against him on alleged corruption and abuse of office.

“Having received the letter, Senator Nwaoboshi being a law abiding citizen Nigeria, through his lawyers, wrote to the Panel, requesting for a new date due to unavoidable circumstances. In his letter, he agreed to appear before the panel on September 27, 2018, a copy of which was signed and acknowledged by the panel.

“Surprisingly, the Senator was amazed and shocked to read in the national dailies and social media about the order for his arrest by the court over his failure to honour the invitation by the Special Presidential Investigation Panel for the Recovery of Public Property”.

The statement further noted, that “The senator is on administrative bail granted him by the Economic and Financial Crimes Commission (EFCC) on the same subject matter”.

2019: Amaechi raises the alarm of plots against him by Gov Wike, Abe, others